Police say they stand by their decision to not prosecute anyone over the collapse of the CTV building in the February 2011 earthquake. 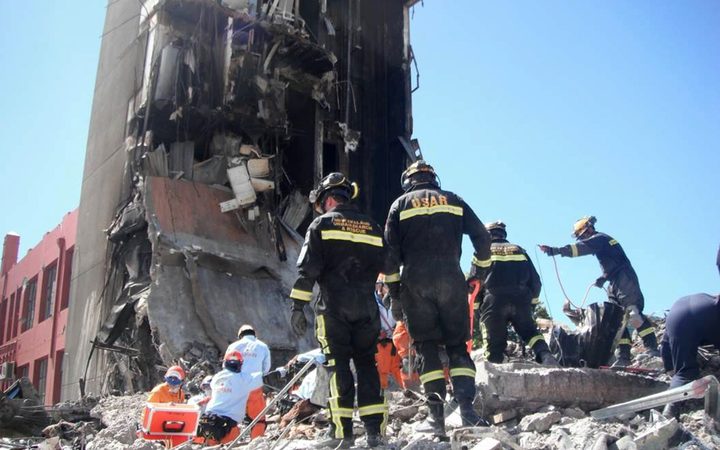 Search and Rescue teams at the site of the CTV building in February 2011. Photo: AFP / Ho / Usar

Last week representatives of victims' families called for a review of the decision, saying the Deputy Solicitor-General had not been not aware of certain information that could have enabled a prosecution to go ahead.

Police say they did supply all relevant information to the Deputy solicitor-general before it was decided not to prosecute engineers over the collapse of the Christchurch CTV building.

Detective Superintendent Peter Read said today that the decision not to prosecute was made after considering the advice of the Deputy Solicitor-General and the Crown Solicitor in Christchurch, and meeting with them to discuss the advice.

He said the two issues families spokesperson Maan Alkaisi had raised concerns about were expressly considered by the Crown Solicitor in his report, and by the Deputy Solicitor-General in his peer review.