New Plymouth residents fear there will be an influx of freedom campers after a bylaw was incorrectly drafted and sent back to the drawing board. 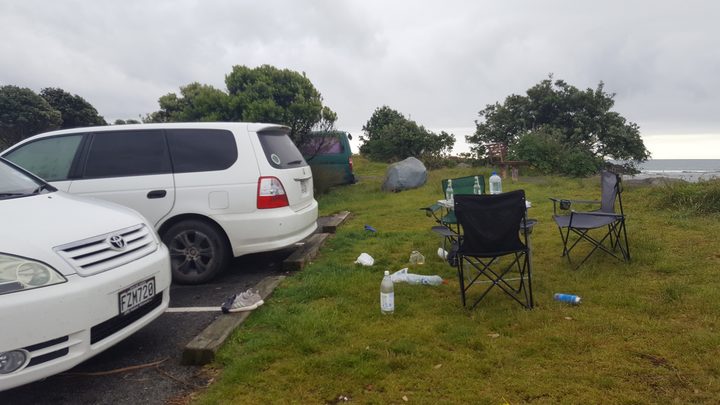 A temporary ban expired on 31 October and now freedom camping - including campers without onboard toilets - is again permitted in all of the district except for a handful of locations.

Last summer the Waiwhakaiho River mouth was inundated with as many as 120 freedom camping vehicles each night.

This infuriated some locals who were forced to side-step rubbish and witness campers going through their morning ablutions at the single outdoor shower.

A revised bylaw was meant to put an end to this.

It promised to ban freedom campers without onboard toilets from most reserves and move them next to public toilets in town. 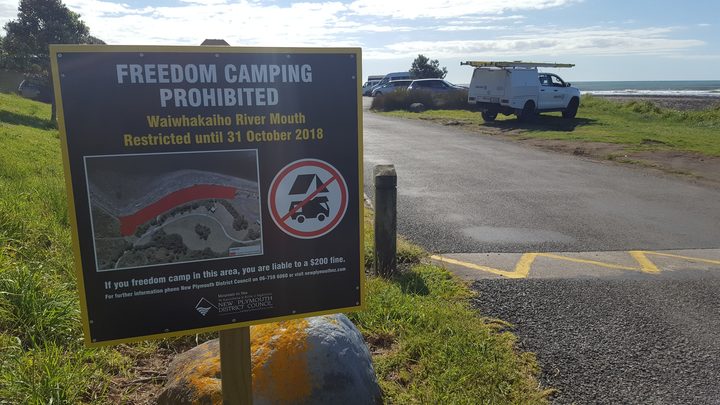 A small number of self-contained campers would be allowed on reserves.

But the submissions process identified an omission in the bylaw. It failed to reference the Reserves Act or the council's own Coastal Reserves Management Plan which already bans camping on reserves outside of official campgrounds.

It surprised Fitzroy resident Kristian Slack, who was one of more than 830 submitters to the bylaw and spotted the mistake.

"Local Government New Zealand and various councillors and the mayor have been to symposiums and presentations and meetings on freedom camping. Now I would've thought this would've been fairly high on the agenda.

"Most of the other freedom camping bylaws that I've seen for other districts contain reference to the Reserves Act and other restrictions and prohibitions as well."

Mr Slack said the council did not seem to have been aware of Local Government New Zealand's "Good Practice Guide for Freedom Camping".

"In this document, which was released in April of this year, it makes it quite clear that freedom camping or camping in general is prohibited on reserve land that isn't designated as a campground."

Mr Slack said if council wanted to permit freedom camping on reserves, it needed to reference the Reserves Act in its submissions process. It would also potentially need to change the Coastal Reserves Management Plan which would require a lengthy public consultation process.

"They've [the council staff] made a mistake but ultimately we want to learn from it. We don't want to make mistakes but every organisation in New Zealand makes mistakes. We accept that. It's just the nature of the beast.

"Is it acceptable? Well I'm certainly not interested in the blame culture. I think the key thing is we learn from it."

Mr Holdom said the regulations around freedom camping rules were complicated but he was confident council staff would have a workable, legally compliant solution ready at the end of the month.

"My understanding is we'll get a report based on all the information our officers are compiling that will present us with a range of options and a recommendation on November 29.

"We'll be in a position to make a decision that reflects what the community has told us, what the situation we face is and making sure that it is compliant."

Local people walking or cycling at the Waiwhakaiho River mouth weren't happy about the developments. 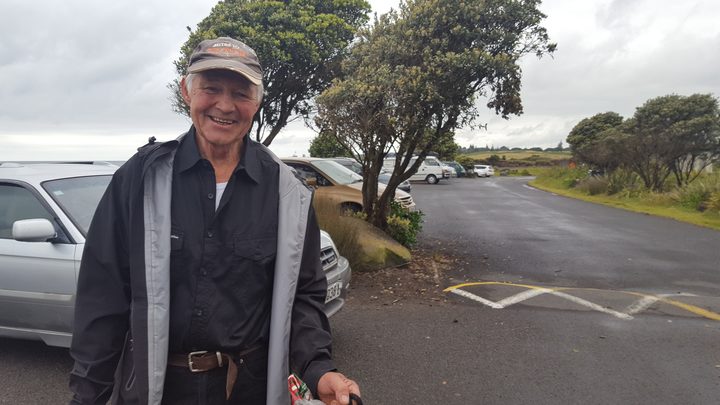 Ted Burrows said the council should have sorted the new bylaw before the temporary ban expired. Photo: RNZ

Ted Burrows, who was out walking his dog Buttons, said the new bylaw should have been sorted before the temporary ban expired.

"I think they should've addressed it long ago [and] cottoned on to that - that they are actually breaching their own rules."

Cyclist Kevin Hambling said if there was a problem it should have been spotted internally.

"I'm a little bit surprised and a little bit disappointed. I would've thought they would have a person that should know those bylaws as part of their job description."

Lena Kaufmann from Stuttgart, Germany, was travelling in a people mover without a toilet on board. It was one of about 30 freedom camping vehicles at the river mouth.

"We were just looking in the app and it said it's for all kinds of vehicles so we supposed it was okay, but we were not sure. We didn't know there was another rule before."

Ms Kaufmann said the river mouth was the perfect location, right by the sea and she could understand why locals would want to limit the number of freedom campers. 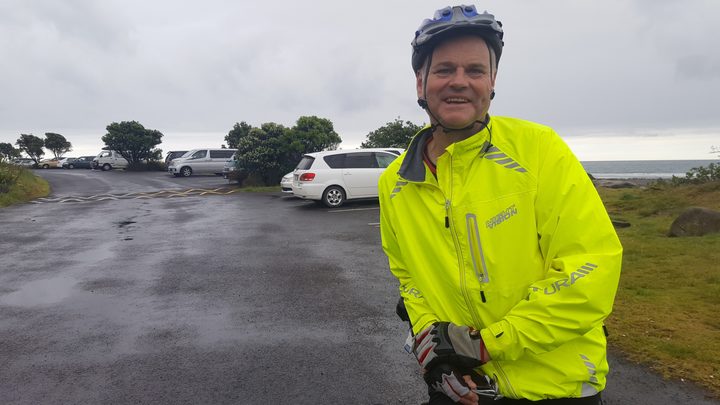 Council staff are due to report back to an extra ordinary meeting of council on 29 November.

The Waiwhakaiho site was not covered by the Reserves Act, Mr Hodgetts said.

"The land is classified as 'hydro', which means it is river mouth. The car park is covered by the Coastal Reserves Management Plan but it isn't designated as a coastal reserve under the Reserves Act."

The existing bylaw which caused problems last summer, that allowed access to all freedom campers with or without toilets on board for a maxium stay of three days, therefore applied.

Mr Slack said he could not see how a new bylaw could be adopted in any form under the circumstances.