Social workers contracted by Oranga Tamariki want to piggyback on a big pay boost going to their counterparts at the state agency. 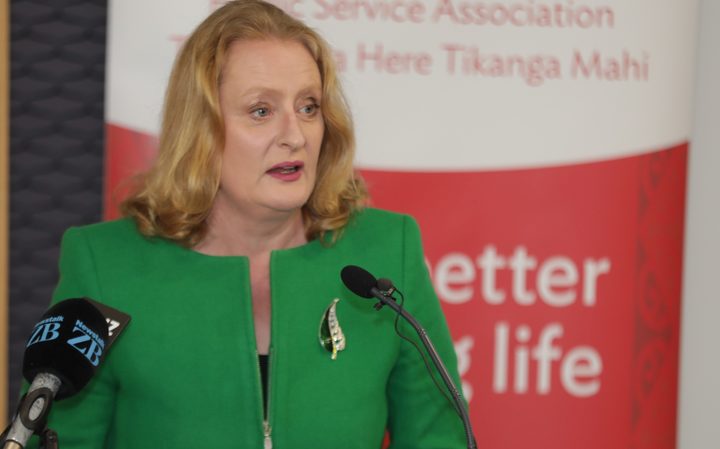 Oranga Tamariki's own social workers will next month get a 30 percent pay rise, in a $114 million pay equity deal.

Those who work in the community say if the government doesn't give them extra money to match those rates, there will be an exodus of experienced social workers.

Its manager Victoria Newcombe said social workers were currently weighing up what a move to Oranga Tamariki would mean for them.

"Already there is an existing approximately 20 percent pay discrepancy where social workers employed by Oranga Tamariki would be paid about, on average, 20 percent more than social workers in the non-government sector," she said.

"So if you add a further 30 percent to that it's really going to make those social workers want to think hard."

Public Service Association national secretary Kerry Davies said it was tough, demanding work and they wanted not just social workers but also support workers in the social services sector to get pay parity with their Oranga Tamariki counterparts.

"You're dealing with very vulnerable families and children often in a time of crisis," she said.

Now nine organisations representing a network of more than 200 social services providers, have joined together to form an alliance to advocate for increased funding for equal pay.

Social Services Providers Aotearoa national manager Brenda Pilott said the pay already made it difficult for those in the community to recruit and retain social workers.

"They're paying as much as they can within their current funding," she said.

Social workers in the non-government sector account for 28 percent of the social worker workforce, compared to the 25 percent who work for Oranga Tamariki.

Oranga Tamariki chief executive Grainne Moss said the cost of paying community social workers at the same rate as Oranga Tamariki staff would probably be about the same as September's $114 million pay equity settlement, but more work needed to be done on the figures.

"At the moment the gap is something that we know when we look potentially at a couple of roles and compare them, but not when we look over the entire workforce. The important thing for Oranga Tamariki is we really value the work that our NGOs do," she said.

Ms Newcombe said it was important to balance the pay scales, so social workers could continue to work between both the community and government sector.

"If it's going to be a situation where the most experienced staff are all going into the government sector, potentially for financial reasons, that's going to jeopardise a lot of the good work that's been happening, about how do we best serve vulnerable children and their families," she said.

Minister for Children Tracey Martin said she was waiting to hear what the size of the pay gap was before making any decisions.

The issue of pay equity has also highlighted the wider problem of long-term and consistent underfunding in the NGO sector.

Currently organisations receive about 60 percent of their funding through government agencies and are expected to meet the shortfall.

This year they received their first cost of living adjustment in 10 years.

"How people are recruited, do we have enough supply of social workers, what kind of qualifications for people who are not social workers and are part of this workforce," she said.

"How do we ensure that we are not stripping one part of the sector in order to staff up in another area."

"There's a whole series of workforce issues, so we're working on those."