The local iwi have taken responsibility after about 400,000 seedlings bought by the government to plant in Northland went to waste after the land was too wild to plant on. 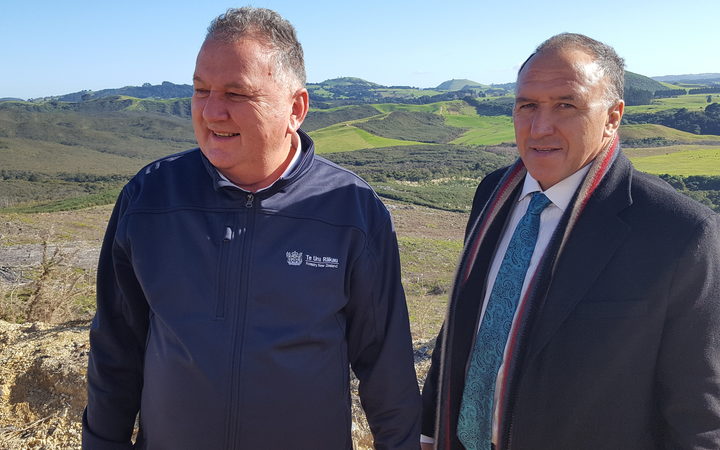 "What the taxpayer and the government can be assured of is that the total number of hectares over the years will be planted as planned.

"It's just that we made a little bit of a blue in 2018 in being over zealous in our planning."

Mr Tipene said it's not the end of the world because the land will still be there next year and it will be ready to be planted - albeit it later than the government hoped for.

Forestry Minister Shane Jones said the cost to the taxpayer was about $160,000.

A deal was done between the Crown and the Ngāti Hine Forestry Trust in the Far North earlier this year and 1.2 million seedlings were bought to be planted.

Mr Jones said only 200,000 seedlings were successfully planted because the land wasn't up to scratch.

"Well the land is untamed land, it's wild, and obviously the analysis that was done on the ground was a lot more ambitious in terms of what could be delivered upon,'' he said.

About 600,000 of the seedlings were re-distributed to other forestry ventures - many of which are with iwi and have existed for many years.

Mr Jones said he'd been clear with officials involved in the botch-up that it's not good enough.

"I'm certainly not trivialising $160,000 for people all around New Zealand and particularly in the North - that's a huge sum of money," he said.

"The officials will be giving an account of who did what and why it's turned out this way. Rest assured I'm not sweeping this under the carpet and that's why I'm speaking publicly about it." 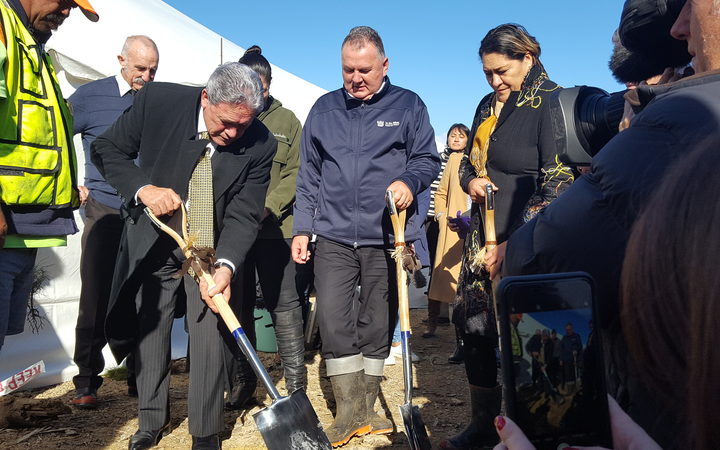 The 3500 hectares of Ngāti Hine land will be "substantially planted in the upcoming season but naturally I'm disappointed that such a number of seedlings had to be mulched because the land couldn't be prepared in good time.''

Mr Jones said part of the problem was the government was elected in October and planting started four or five months later and "perhaps those targets were too ambitious''.

In August Mr Jones announced Cabinet had approved the creation of a new grants programme and partnership fund to get more trees in the ground and provide training and employment opportunities.

The Provincial Growth Fund, which Mr Jones is the minister in charge of, is allocating $240m to support tree planting in areas where "wider social, environmental, and regional development goals can be achieved''.

The National Party's economic and regional development spokesman, Paul Goldsmith, said Mr Jones has a cavalier attitude to the large sums of money he's responsible for.

He said the land not being ready for the amount of seedlings purchased showed rank incompetence.

Mr Goldsmith said that, althought there is a place for a tree planting programme, this government was rushing through it and failing in the process.

"What's happened in this government is they've taken it about ten extra steps and they're doing it at a rapid pace... it's all around the politicisation of this spending three billion dollars as quickly as possible so Shane Jones can wave his flag, and that's not how we should be going about spending large sums of money,'' he said.

Documents released by Treasury reveal they were highly critical of the grants and fund and said as much in a briefing paper to the Finance Minister Grant Robertson.

Officials said there was "little detail" that came with the Budget bid and they didn't support Cabinet approving it.

The details had been worked through since that briefing paper and he said he's confident Treasury's concerns have been covered off.

The greater details of the partnership fund and grants programme will be released later this month.

Ministers James Shaw, Eugenie Sage, David Parker and Mr Jones have all been involved in the work.

Mr Jones said Treasury "prefers to see the whole picture before an in principle decision is made'' but Cabinet was never going to give final sign-off unless all the details were worked through, which they now have been.

He said the grants had a "long and rich history" and they've existed over successive governments.

"It's not as if we're starting from scratch - the Ngāti Hine situation is challenging not just because of the tameless nature of the land, including the owners - but the fact of the matter is we're starting from a very low base because the Crown has been out of this sort of business for nigh on 25 years,'' he said.