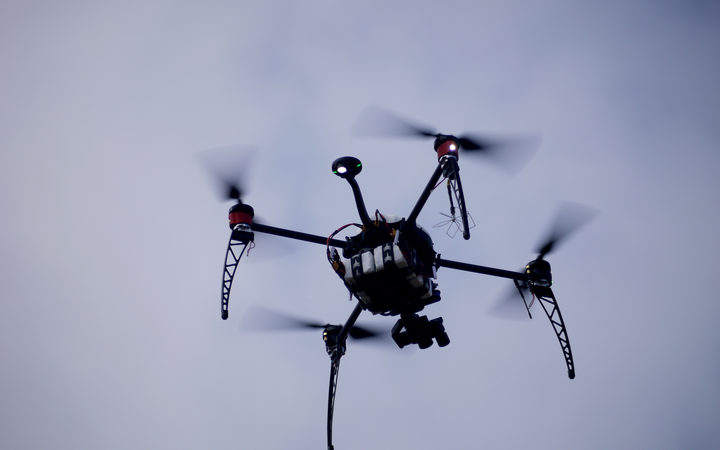 The controlled airspace around Wellington Airport was closed for 30 minutes yesterday evening after a drone was spotted operating dangerously close to the runway.

The drone was spotted by an Air Nelson plane approaching the city at just after 6.30pm.

Pilots on the ground at the airport could see it operating for another 23 minutes.

The drone was operating at 183m three kilometres from the end of the runway in the Evans Bay area, in breach of the Civil Aviation Authority rules.

Airways controls all domestic and international air traffic within the country's airspace.

General manager of air traffic services, Tim Boyle, said there could have been catastrophic consequences if the drone was hit by a plane.

He said while it was not a near-miss it was difficult to predict where a drone would go.

"It is very dangerous to be flying a drone that close to an aerodrome, 3km and at that sort of level it's exactly where aircraft on approach are going to be.

"And if you can imagine an aircraft on final approach hitting an object that size, the results could be quite catastrophic."

Mr Boyle said was seeing more and more instances of this happening.

"We see at least one incursion by a drone into controlled airspace every week. I think over the last 12 months we've had probably 70 recorded incursions by drones."

It was a growing problem and the organisation was working closely with the Civil Aviation Authority to try and avoid this happening.

According to the civil aviation rules drones are not supposed to be flown higher than 122m or closer than 4km from any aerodrome.

Commercial drone operators need a license and Airways wants a compulsory register for recreational users so it can track and determine who is operating a drone in the wrong place.

He said better education was needed on where drones could be flown and he hoped either police or the Civil Aviation Authority would be able to contact the Evans Bay drone operator and explain why they couldn't fly the machine where they were.