The Auckland Rescue Helicopter had a near-miss with a drone while flying to a serious crash in Northland on the weekend. 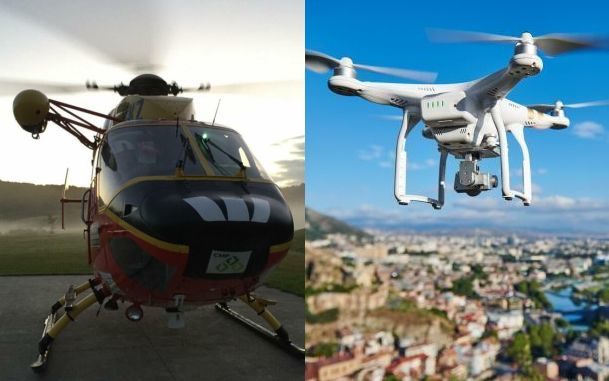 Pilot James Taylor said they were flying at a height of 400m over Takapuna on Sunday evening, when they saw the drone flash past.

It was only three or four metres away from the helicopter.

There could have been serious consequences if the drone had hit the chopper, Mr Taylor said.

"Some of them can be reasonably big and heavy and at the sort of speeds we fly at there's a good chance it would smash the windscreen, if it hit our windscreen, or if it hit our rotors or tail rotor, then it could do some fairly significant damage there," he said.

According to Civil Aviation Authority rules, drone operators must stay 4km away from any airport or helipad and drones must not fly above 120m.

"There are more and more of them out there, but this is the first time I've seen one that high up and that close to me.

"The problem is it's an education thing - there are probably a lot of people out there with drones who have got no idea that those rules even exist," he said.

"It's the ones who don't know what the rules are and don't tell us what they're doing that are the ones that worry us.

"It is something that we are concerned about and we try and keep our eyes open, but they are difficult to see and there's not much we can do to avoid them."

The Civil Aviation Authority has been notified about the incident, but does not have enough information about who was operating the drone to investigate at this stage.

If someone comes forward with further details, an investigation could be launched.