More than 1000 DHB-employed midwives have voted to go on strike. 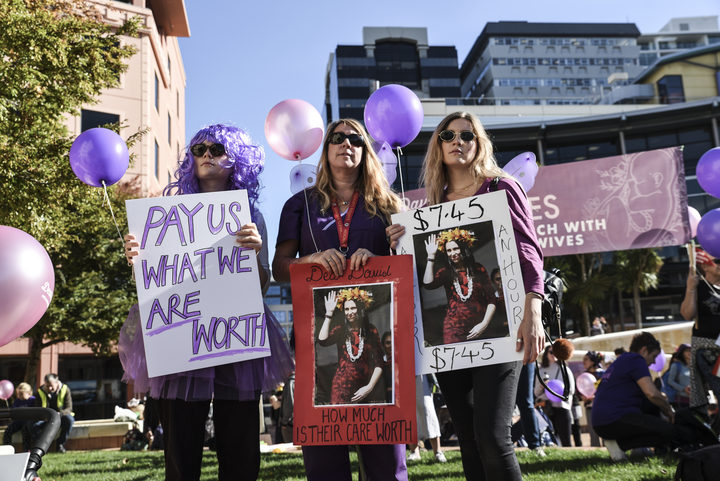 MERAS, the midwives' union, said 80 percent of its members voted in the ballot and 90 percent voted to reject the DHBs' pay offer and go on strike.

Midwives will be doing two-hour work stoppages every day on every shift over a two week period from 22 November to 5 December.

Industrial co-leader Jill Ovens said the idea behind the stoppages is to cause disruption to the DHBs while minimising the effect on women and their babies.

Ms Ovens said the pay offer was rejected because it was tied to nurses' pay scales without recognising midwife skills and responsibilities.

"The DHBs and Ministry of Health know urgent action is needed to address the midwifery shortage and midwives' work-related stress," Ms Ovens said.