A $3 million memorial to remember the victims of the country's worst ever aircraft crash, the Mount Erebus disaster, has finally been announced to the relief of victims' families. 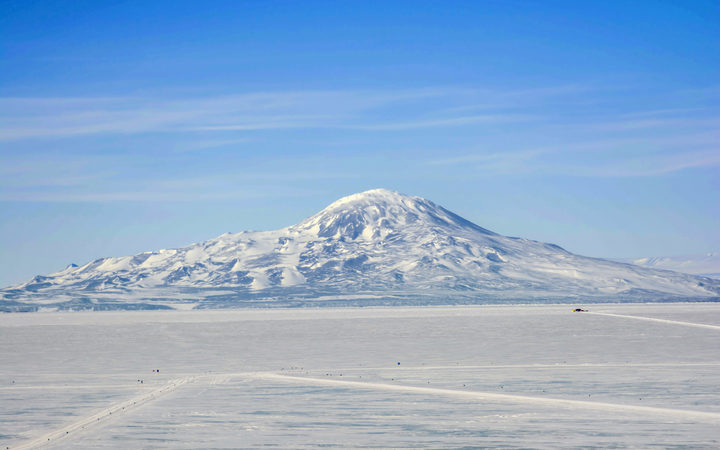 From today, architects and designers will be able to start putting forward their ideas for the National Erebus Memorial, which is likely to be built in Auckland.

The Air New Zealand sightseeing flight crashed into the lower slopes of Mount Erebus with 257 passengers aboard in Antarctica on 28 November, 1979.

Nearly 39 years on, those who were touched by the tragedy say a national memorial would give them a place where families can gather to reflect and remember.

Phil Stewart's aunt, Dawn Matthews, was one of those killed.

He said with the passage of time those who were too young or weren't even born may wonder why a memorial was necessary.

"For those of us that were directly involved, it's still pretty raw," Mr Stewart said.

"You really just have to ask anybody whose been through an unpleasant or traumatic event, talking about it sometimes does actually help and I think also it is a way of just keeping those memories alive and also informing future generations of a pretty traumatic period in New Zealand's history in the 1970s."

A recent survey by the Ministry for Culture and Heritage of relatives and those who recovered the bodies suggests any memorial should have three things - the names of those who lost their lives, a place to sit and reflect, and reference to Antarctica.

Reverend Richard Waugh is a spokesperson for the Erebus National Memorial, which has lobbied for a national memorial since 2016.

He said from the outset, listing the names of all those killed was crucial.

"There's a power in the names, so it's the same with war memorials isn't it?," Dr Waugh said.

"I remember when the Canterbury Earthquake Memorial was opened, somebody reached up on the television and touched the name and I had an Erebus family member ring me and said they'd burst into tears, because they wanted to be able to touch their name on the memorial.

"So I think it's absolutely clear that in the Erebus National Memorial the names are so important."

The 131 respondents were also vehemently opposed to any Air New Zealand branding, reference or involvement at all.

Nearly 40 years on, families are still waiting for the airline to accept responsibility for the disaster.

The Ministry for Culture and Heritage's manager of memorials and taonga Brodie Stubbs said they were keeping an open mind about the design, but it would include the names and it would not feature Air New Zealand branding.

"Memorials now are not just statues of men on horses or a tall granite column with some words that you'd stand infront of, they're much more engaging so the teams are much more likely to be multidisciplinary artists, architects, urban designers," he said.

David Ling, whose mother was aboard flight 901, is angry the airline has never admitted fault.

"They would not admit any responsibility for it. They fought tooth and nail through courts to try and get the cause of the accident challenged," he said.

"There's a bit of a tradition in this country if you stuff up, you actually admit responsibility and they would have gained a lot more respect if they'd done that and not put us all through so much agony for years wondering, 'well what did actually happen?'"

Like others, Mr Ling is upset at the airline's attitude towards the families, despite an apology from the chief executive Rob Fyfe in 2009.

Mr Stubbs said by Christmas they would expect to have drawn up a shortlist of up to six teams that would be invited to submit detailed drawings of their designs.

It's hoped to have a final design by May, and to complete the memorial 12 months after that.

Air New Zealand has declined to comment on the memorial, referring questions to the ministry.

Nor is it willing to say whether a new safety video being launched today is a scheduled change or a response to widespread criticism of its Antarctica safety video.