Gore may have found a solution to its water shortage in the lead up to summer. 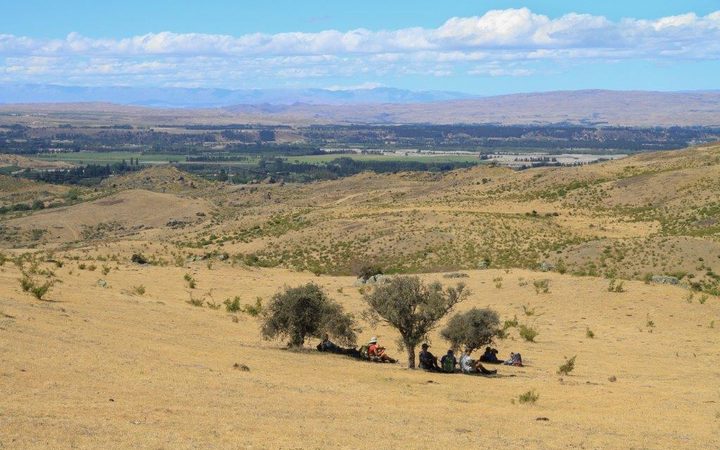 A photo taken on the day when Invercargill and Gore set new records for high temperatures. A group of walkers in Alexandra seek shade under three matagouri, looking like a scene from the Serengeti. Photo: Supplied / Ian Turnbull

At an extraordinary meeting on Monday, councillors voted to fund the installation of a bore after a new well was found at Cooper's Well.

They agreed to raise $235,000 as an internal loan for the project along with a raft of other water saving measures, including allowing more leniency around watering home vegetables and consulting on installing rain water tanks on existing properties.

The council has already set up a taskforce to prepare for a water shortage.

Earlier this year, the Southland Regional Council reported 2017 was the driest year for the region in close to half a century.

"I feel the (taskforce) action plan perfectly sums up why we are here - 'to give the public confidence the council is taking all responsible steps to ensure good water quality and sufficient supply for urban areas in the short and long-term'," Mr Hicks said.

The council already has consent to take five million litres of water per day from Cooper's Well, but it's expected to take less than half of that each day.

The main change would see the existing four-level restriction regime replaced by a new three stage, five-level system that would progressively increase the intensity of the restrictions enforced.

"Obviously we hope Stage 5 is never reached, but we have to provide for the worst scenario, just in case," Mr Hovell said.

Public consultation on the bylaw changes will open next week.