The number of claims being made to ACC as a result of e-scooter injuries has skyrocketed - nearly 40 claims have now been lodged, with some relating to concussions or brain injuries. 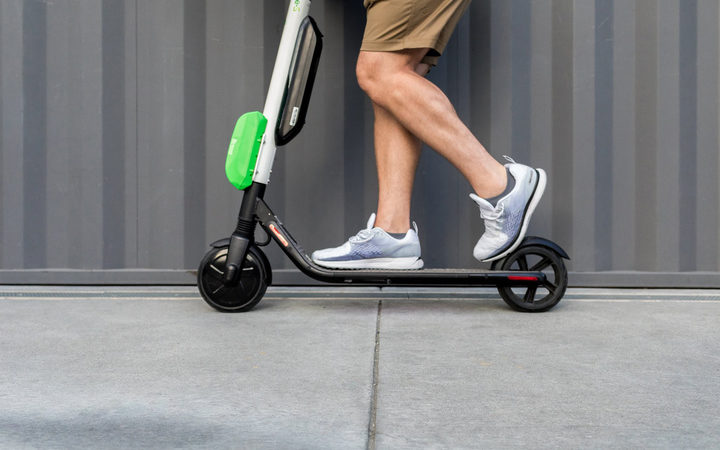 It's two weeks today since the scooters, which are operated by the US company Lime, rolled out in Auckland and Christchurch.

And despite the rising cost of ACC claims, it's understood Lime is paying only several thousand dollars to the Auckland and Christchurch councils to operate them.

The e-scooters are only on trial in both cities but their roll-out hasn't been without incident - ACC has received claims for 27 injuries in Auckland and 11 in Christchurch, covering concussions, lacerations, punctures and brain injuries.

Auckland dentist Andrea Shepperson treated one woman who'd come off her scooter and is warning of their potential to 'smash smiles'.

"Our patient was scooting along and encountered some elderly pedestrians who were a bit confused - obviously there was not a lot of room for both of them on the pavement.

"Had to brake all of a sudden, mentioned that the scooter braked quite hard, and then lost control and hit the pavement with teeth."

The rider's tooth was shoved up into her gum and Doctor Shepperson said it may eventually die.

"The tooth was displaced so far up into the gum that the patient will end up having to have some orthodontic treatment, ACC is funding the majority of the cost for this treatment because it's an accident."

Lime riders are not required to wear helmets and the scooters can ride on the footpath or the road, at speeds of up to 27 kilometres an hour.

In Christchurch, they've had to pay only a $136 fee to operate their 400 scooters. Rob Henderson, who has been working on bike-share schemes in the city for six years, said that was a raw deal for other businesses.

"If I was a cafe operator and I'm paying to have seats outside my cafe and I'm seeing this overseas company come in and trade wherever they like and pay next to nothing, I think that's the bigger issue. I think they pretty quickly need to establish how to deal with these companies that come in and offer just to sort-of dump things all over the city."

Mr Henderson said the $136 fee probably prompted a few laughs back at Lime's US headquarters.

"It's a pretty nominal figure for a company that's just raised nearly $US500 million in venture capital - they're not necessarily short of money."

Auckland Council wouldn't confirm how much Lime has had to pay to operate 600 scooters in the city - an online calculator on the council's website puts the cost of a three month trial at nearly $3500.

In a statement, a spokesperson for Lime said "permit fees are set by local councils and Lime pays all necessary taxes associated with operating in New Zealand."

While the scooters are only on a trial at the moment, thousands more could be rolled out in the next few months - companies Onzo and Wave have roll-outs scheduled for November 10 and November 30. Onzo has approval to operate 1000 scooters and Wave will begin with 500 scooters.

An Auckland Council spokesperson said Lime, Wave and Onzo had all indicated they wanted to reach totals of 2500 scooters in the city.