South Auckland heart patients are waiting up to 11 months for a simple and potentially life-saving heart scan. 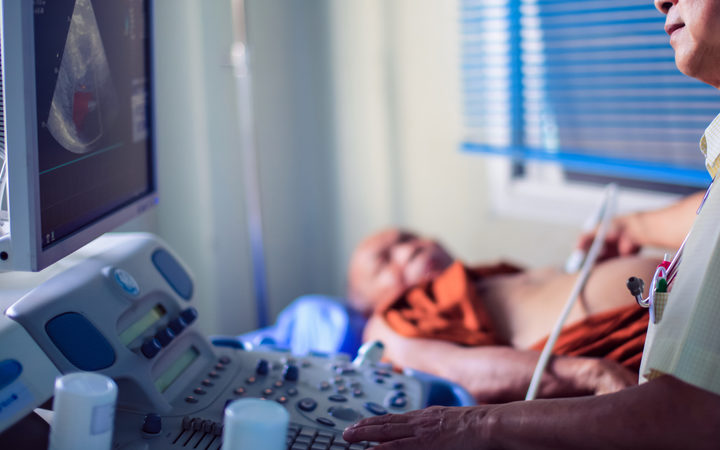 They are at the acute end of a nationwide shortage of skilled ultrasound technicians who perform echocardiograms, an ultrasound of the heart.

Some patients at the Counties Manukau District Health Board, deemed non-urgent, were waiting 46 weeks when they should be seen in 12 weeks.

Wellington Hospital clinical director of cardiology Alexander Sasse said echocardiograms were a critical test and waiting too long could be a serious problem.

"You can only do heart surgery if you find people who have the condition. And the longer it takes to find those people, the more pronounced the condition is and the harder it is to get a good result for patients."

The hospital prioritised patients so those with the most critical need were seen first but there was always a chance that serious cases could be missed, he said.

Counties Manukau DHB has alerted GPs to the delays and told them to get in touch if they became concerned about any patients on the waiting list.

DHB chief executive Margie Apa said the delays were "longer than we would like."

Counties Manukau's population was rapidly growing, with its own health problems so caution was needed when comparing the wait times with other DHBS, she said.

Ms Apa said the board had started Saturday clinics to try to clear the list faster and was working to train and attract more cardiac sonographers, who did the scans.

Apex Union represents sonographers. Its secretary Deborah Powell said the high rates of diabetes and obesity meant it was even more important people were seen quickly.

The sonographers were frustrated, she said.

"They know there are a whole lot of people who are out there waiting for their services but they can't get to everyone if there is not enough of them.

"We do counsel them to try not to take it personally...but they are very good people and they know how important their work is."

Wellington cardiologist Alexander Sasse said work needed to be done to make it easier and faster to attract more technicians.

"These days...it can take up to seven years to train someone.

"Only fifty percent of the technologists working in the region here are actually from New Zealand so we very heavily rely on a workforce from outside of New Zealand."

Waitematā DHB had long waits - an average of about seven months for patients deemed non-urgent.

Of the other large DHBs, Auckland, Capital and Coast and Canterbury DHBs were working with waiting lists longer than 12 weeks.

All said that acutely ill patients were seen quickly.