Taonga from the private collection of Māori King Kingi Tūheitia are on display for the first time. 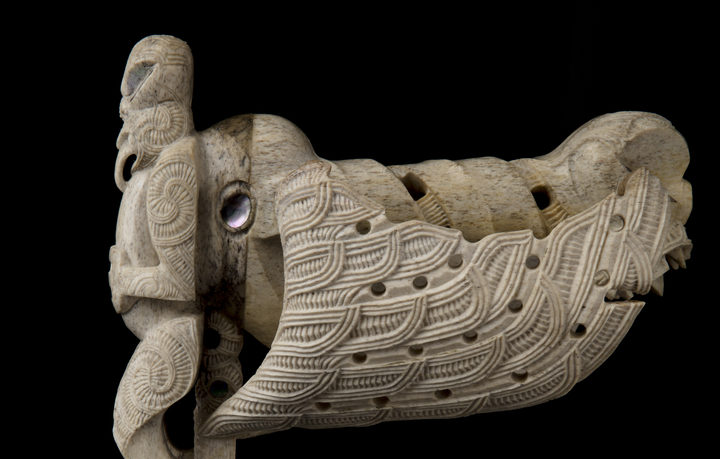 More than 200 people attended the private launch of Te Paki o Matariki: 160 Years of Kīngitanga this morning at Auckland Museum.

Kingi Tūheitia is the seventh Māori monarch since the Kīngitanga movement started in 1858 with his tupuna and the first Māori king, Pōtatau Te Wherowhero.

Some of the items included are the king's throne, a large whale bone tokotoko (walking stick), and the Holy Bible that consecrated each monarch of the Kīngitanga.

Kingi Tūheitia said he was pleased to share his most treasured taonga with all New Zealanders and visitors.

Waikato Tainui leader Rahui Papa said the exhibition has taonga that are rarely seen outside of Mahinaarangi and Tūrangawaewae.

"The throne and the Bible are only ever seen at the consecration and that means the passing of the former ariki (paramount chief).

"So they've only been seen six times in their life time," he said.

Mr Papa said each of the taonga tells its own special story in history.

He expects people will get a clearer and deeper understanding of the meaning of the Kīngitanga through the exhibition. 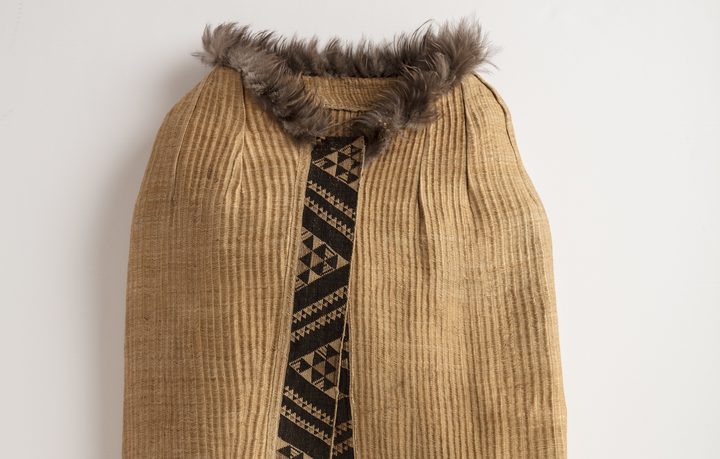 A prized cloak of the late Dame Te Arikinui Te Atairangikaahu on loan from Kingi Tuuheitia for the exhibition. Photo: Awhina Kerr

Included in the exhibition is also the top hat that belonged to Te Rata, the fourth Māori king.

In 1914, Te Rata led a delegation to England seeking redress for raupatu, the 1860s land confiscations.

He met with King George V, making him the first Māori king to meet with a reigning British monarch.

Luke Tai-Rakena of Tainui attended the exhibition and said although there are only a few taonga showcased, they are all hugely treasured.

"You don't see many bone carved tokotoko like that, especially of that caliber.

"It possess a very special mauri... it's nicely detailed and fit for a king," Mr Tai-Rakena said.

The Kīngitanga was founded 160 years ago with the aim of unifying the Māori people under one sovereign.

Te Paki o Matariki: 160 Years of Kīngitanga will be on display in the Māori Court at Auckland War Memorial Museum from Sunday, 28 October.