Firefighters are damping down hotspots after a big blaze at a metal recycling yard in New Plymouth. 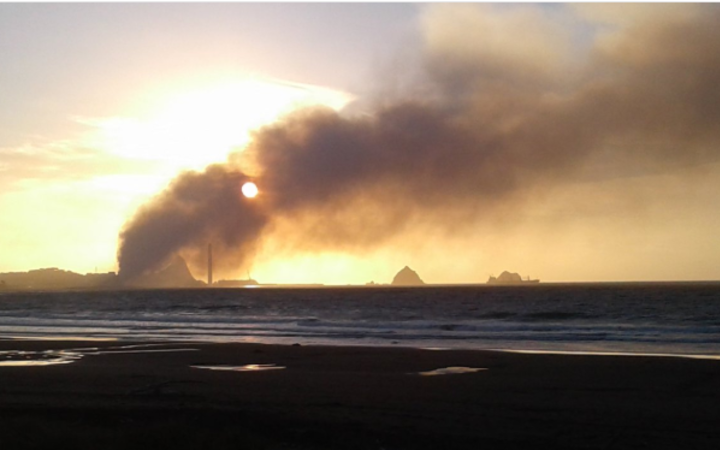 Emergency services were called to Molten Metals on Centennial Drive about 5pm yesterday.

It's understood a crane hit powerlines and ignited shrubs or grass on the property.

The driver of the crane remained in the machine throughout the ordeal and is okay.

At its height 12 firefighting appliances attended the blaze.

Fire and Emergency says crews will remain at the scene putting out hotspots - probably for most of the day.