Conduct within the National Party shows no work environment is safe from bullying and harassment, says National MP Scott Simpson. 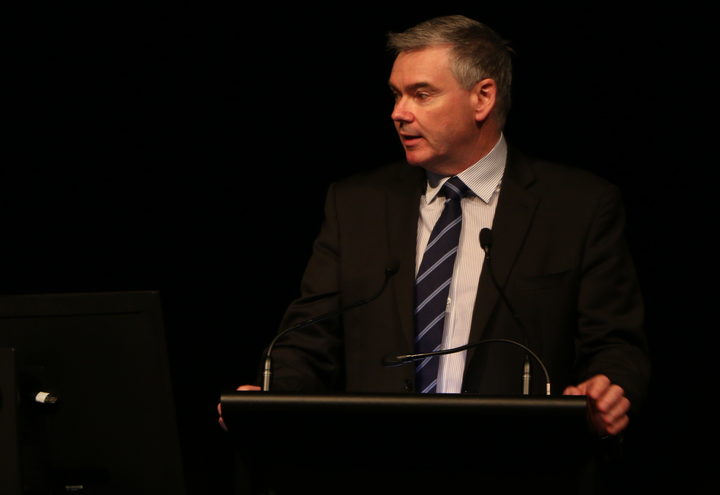 Mr Simpson, who is the Opposition spokesperson on workplace relations and safety, opened the final day of the Culture Shift Conference in Wellington this morning. The conference is focussed on workplace bullying and its impact

His appearance follows a tumultuous week for National in the wake of MP Jami-Lee Ross quitting the party amid accusations of donation mishandling and bullying.

Mr Simpson said he didn't have a problem speaking at the conference, despite the allegations of harassment by former National MP Jami-Lee Ross and the general chaos engulfing his party.

"The political events of the last week or so just highlight that actually no organisation is immune," he said.

Workers and their bosses needed to talk openly about workplace bullying and harassment, Mr Simpson said.

So why had that not happened in the National Party?

"For precisely the same reasons for instance that nobody was talking about these sort of issues at Russell McVeagh prior to them coming to the fore.

"The nature of workplace bullying issues tends to be that until an issue arises, and is confronted, then it's not talked about," Mr Simpson said.

CultureSafe director Allan Halse - who organised the conference - said he stood by his decision to invite Mr Simpson to the conference.

"I think it's a fair reflection to have somebody here.

"I know Scott himself is somebody who has a good history. I've checked him out - he doesn't have any skeletons in the closet," Mr Halse said.

The behaviour of politicians over the past week had been a bad influence on New Zealanders, Mr Halse said.

"Everybody is watching that behaviour and unfortunately people joined in.

"Because they saw the behaviour of the politicians, they felt entitled to comment similarly."

He said parliament, in particular, was a high pressure workplace.

"This is an example of a charged working environment in which relationships can be put under pressure, so I think that just needs to be managed carefully," Mr Barclay said.

However, Mr Bridges said it was unlikely the findings would be made public.