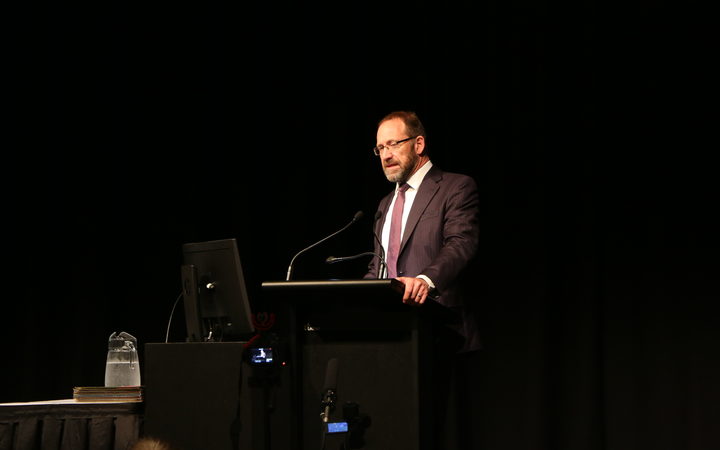 That's according to the Minister of Justice, Andrew Little, who spoke on the first day of the Culture Shift conference in Wellington yesterday.

The conference follows revelations of workplace bullying and harassment across a number of professions this year.

Mr Little said workplaces riddled with people who bully and harass are nothing new.

"What we're dealing with is behaviour that has always been there but we are dealing with it in a time when more people are showing the courage and calling it out," he said.

Mr Little told the conference some employers are tackling the problem but old habits die hard.

"We still have some old, inherited cultures of power, of absorption of power and of misuse of power," Mr Little said.

She moved from India to New Zealand in her early twenties and started working as an accountant.

"They would make a lot of racist comments, from some very simple things to some very significant things. Challenging me to [bring] my wedding photographs to work - I'll never forget that one day we had conversations about I needed to get my wedding photographs to work because they wanted to prove I didn't get married on a cow or a donkey," Ms Soares said.

In the past four years, WorkSafe New Zealand has received 159 complaints of bullying.

Thirteen of those complaints were investigated but to date, no-one has been prosecuted.

Bullying is considered a psychosocial health risk in a work place. Under the Health and Safety at Work Act, which WorkSafe enforces, employers are legally obliged to deal with bullying complaints or face prosecution.

WorkSafe's chief executive Nicole Rosie said there is no clear avenue to resolve issues of bullying or harassment.

"I break my leg, I go to ACC and they pay me compensation and I can go to WorkSafe and they will look at my employer.

"It's not so clear in this area and that's why it's sort of a multi-pronged approach in terms of potential solutions for people," Ms Rosie said.

Olivia Wensley worked as a lawyer for more than a decade.

She left the industry after she was repeatedly sexually harassed by senior members of staff.

Ms Wensley told the summit in order for workplace culture to change, there needs to be serious consequences for those who harass or bully.

"I'd really like to see a case where an employer is prosecuted for one of their employees suffering sexual assault in the workplace because it happens all the time," Ms Wensley said.