A former National Art Gallery director says Te Papa is failing to do justice to the national art collection. 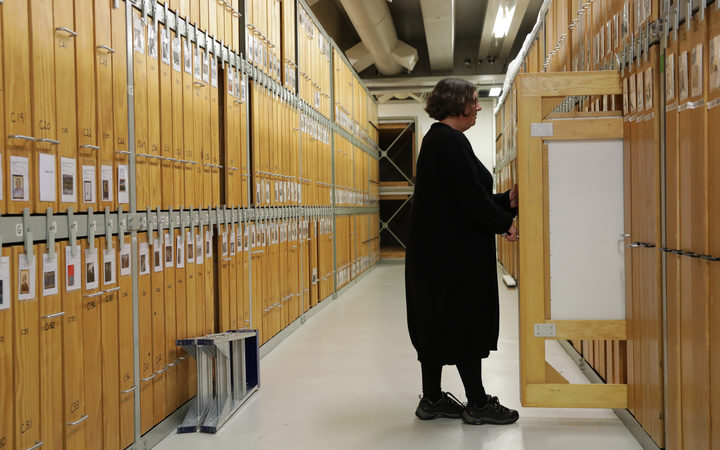 The museum has been responsible for the collection for the past 20 years and has faced fierce criticism from art lovers for the amount it displays at any one time.

But in March this year, Te Papa opened Toi Art. A new gallery which promised to give the museum 35 percent more space for art.

It has been seven months since that gallery opened - so are we seeing more of the collection?

The national art archive is packed with rows of historical and contemporary art pieces, which have been carefully preserved and protected. The archive is hidden behind a secret door in the museum.

The collection dates back to 1865, it started with people gifting works of art to the nation, and has been built up over time.

"It's a collection of about 40,000 art works. Which includes, paintings, sculpture and works on paper," Te Papa head of art Charlotte Davy said.

Only 1.5 percent of the collection is currently on display - or just over 630 pieces.

Close to 600 of those are displayed in Toi Art alone - a $8.4 million gallery which is the museum's latest investment in art.

The amount on display has already trumped the museum's previous art galleries.

Their new rolling programme, which was introduced with Toi Art, will allow them to display more of the collection, Ms Davy said.

"Prior to that, we were making some changes to the art collection display but now that we're doing sort of firm changes every three or four months, we're seeing a lot more of the collection roll through the gallery," Ms Davy said.

More than 340,000 people have wandered through the Toi Art Gallery since it opened in March.

"Seeing the response to Toi Art, I think there's been a great out-pouring and a great sense of ownership for the national collection," Ms Davy said.

Luit Beiringa knows the collection well. He is a former director of the Buckle Street Art Gallery.

He said the collection shouldn't be displayed through a rolling programme.

"The little temporary turnovers, that's okay for people who live next door and can pop in every six months, but not okay for the supposed overseas tourist market that they are also aiming their market at," he said.

The rolling programme means the quality of the collection on display will vary, he said.

"They'll never see a highly intelligent statement about the development of the visual arts in New Zealand," Mr Beiringa said.

Charlotte Davy said Te Papa's art curators will continue to connect with living artists when working with the collection.