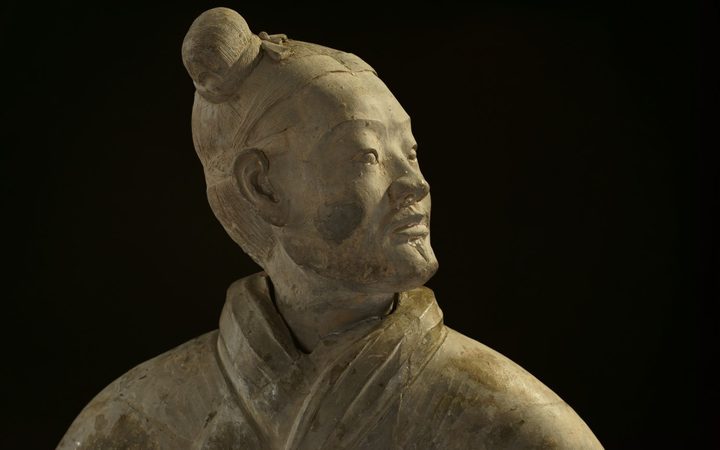 The army of sculptures, which secretly guarded the tomb of China's First Emperor Qin Shihuang for 2300 years, were discovered by chance in 1974 by a farmer digging a well.

The exhibition will feature eight warriors, two full-sized horses and two half-size replica bronze chariots, each drawn by four horses, as well as more than 160 works of ancient Chinese art.

The Ministry of Business Innovation and Employment contributed $500,000 to the Te Papa exhibition through its major events development fund. 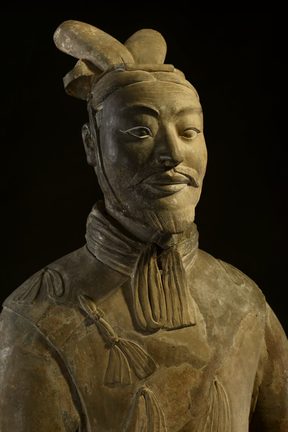 The First Emperor's Terracotta Army is located 1.5km east of the Emperor's burial mound in Xi'an, in the province of Shaanxi.

It is estimated that there are 8000 soldiers in total, with about 3000 having been excavated to date.

The life-size, life-like soldiers, each weigh 100-300kg and stand about 180cm high. They vary in height, uniform, and hairstyle in accordance with rank. Originally, the figures were painted with bright pigments, however much of the colour has faded over time.

Scholars continue to debate the function of Qin's Terracotta Army. Some think that, due to the fact the soldiers face east, they were intended to protect the First Emperor in the afterlife. Others question the soldiers' readiness for battle, as they are not fully armoured.