Workloads and pay would need to improve before NZ teacher Michael Harvey would consider returning as part of the government' recruitment drive, he says. 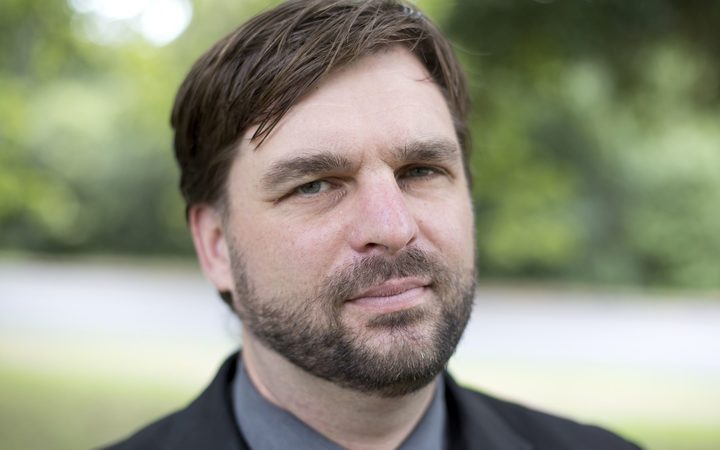 The government is planning to recruit overseas teachers to deal with the chronic shortage but critics say it is papering over the cracks and risks creating a conveyor belt of teachers without increasing the supply.

The government has increased its recruitment budget to $40 million from $29.5m in a bid to get more teachers in classrooms.

Teacher Steve McCabe, from the UK, is the type of person the government is after.

But he says working in a secondary school in New Zealand was such a depressing experience he decided to move on.

He was hired in 2009 as a physics and science teacher at a South Auckland high school but has now moved into tertiary education because he said teaching at school level was no longer sustainable for him.

Everything was focused on getting credits for students and the system was based on pushing more work on to teachers, he said.

Mr McCabe said if his experience is anything to go by the supply of teachers would not be increased because people will get fed up and move on.

The government needs to reduce teachers' workloads, including administrative work and dealing with behavioural problems in many schools, he said.

"Simply bringing in new teachers who don't realise what they're going to be up against and having them again burn out and leave the profession, and have like a little conveyor belt going, is only going to be a temporary patch."

Michael Harvey would be a prime target.

The secondary school science teacher has spent the last three years teaching overseas and is now in Malaysia.

But he said things would need to change to lure him back - including pay, workload and ensuring that teaching is treated like a profession where there is proper progression.

There was an expectation that teachers were in it just to help the children, but they also needed to live, he said.

Govt doing 'everything we can' to address shortage

Mr Hipkins said high workloads were partly due to the teacher shortage so getting more staff would help.

He said the pay offer to teachers was "not insignificant".

"We do realise we need to bring salaries up."

"Teacher turnover in New Zealand is relatively low, and it's been getting lower.

"This is about making sure we are meeting the demands from roll growth.

The government was also giving free refresher training to teachers whose registrations had lapsed. "We're doing everything we can to ensure those who can be in the classroom next year are in the classroom."

National Party leader Simon Mr Bridges said the recruitment drive was good, but was not enough.

"What I would encourage them to do is have a longer-term strategy," he said.

According to the Ministry of Education, 650 extra primary teachers and 200 extra secondary teachers will be needed in 2019.

Finlayson Park School in Manurewa is one of the country's biggest primary schools.

Principal Shirley Maihi likes the idea of getting New Zealand-trained teachers back, but said not all overseas teachers were suited to classrooms here.

"They don't know our children and their learning styles and that can be quite problematic at times."

Having overseas teachers in schools can also place an additional burden on existing staff who have to help retrain the newcomers on the job, she said.

The government has increased the number of Overseas Relocation Grants and made a $3000 teachers finder's fee more available in a bid to get more teachers for the next school year.

But the Post Primary Teachers Association said it was highly unlikely that would happen on time.