The Transport Accident Investigation Commission (TAIC) is taking steps to stop ships running into trouble due to errors in difficult waters. 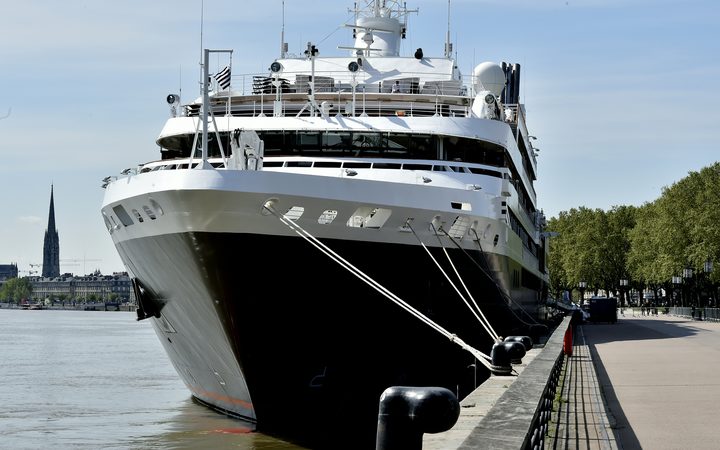 The L'Austral cruise ship hit an object near Snares Island last year and hit a bank in the Milford Sounds a few weeks later. Photo: AFP

More is needed to be done to address ships hitting things in the water or running aground in pilotage waters - waters that require an experienced pilot who knows the area, TAIC said.

It has investigated several incidents where ships grounded or hit objects in the water - because the team navigating the ship did not keep to international standards.

The incidents TAIC looked into included the L'Austral cruise ship hitting an object near Snares Island last year, the same ship hitting a bank in the Milford Sounds a few weeks later, the Amazara hitting a rock in Tory Channel in 2016, and a bulk carrier running aground in the Otago Harbour.

Errors in navigation in pilotage waters carried the risk of serious consequences for people, the environment, and the economy, TAIC chief commissioner Jane Meares said.

"The commission has investigated a number of recent incidents in pilotage waters where ships ran aground or contacted objects in the water. There were no serious injuries or damage, but all could have had severe consequences."

"The phenomenon of the team on a ship's bridge not applying an international standard is a safety issue of serious concern."

As a result, the TAIC has created a new Watchlist item to focus the attention of regulators, operators, and training providers on solving the problem.