The long-held dream of a Māori cultural centre for Whangarei is hanging on hopes of a $5 million council grant. 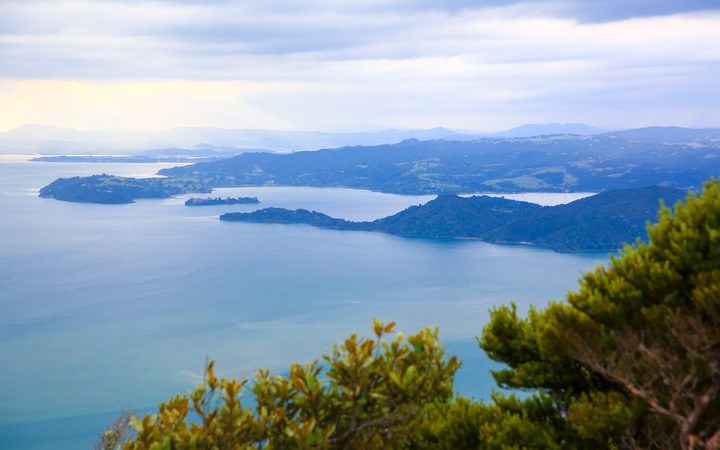 Work has just begun on the first stage of the project - a big carving workshop and waka shelter, east of the Town Basin in the Hihiaua Peninsula.

But stage two, a theatre, will be competing for council funding with hotel developers across the river.

Master Carver Te Warihi Hetaraka can visualise exactly what the Hihiaua Cultural Centre will look like.

The trust he's a part of has been planning it for ten years, but it's been the dream of his elders for much longer.

"The vision of it started back in the 1980s when the kaumātua realised that kids were losing their culture fast - real fast. They saw a cultural centre as a place where they could retain a lot of the knowledge that used to be handed down and is no longer with us."

Some of those arts and skills - carving, weaving and waka building - would finally have a home in Whangarei by next April.

A former boat-building shed on the Waiarohia Stream is being converted into an art workshop space, with a waka shelter and launching gantry.

Half the $2 million cost has been covered with a grant from the Provincial Growth Fund, and the rest from the Whangarei District Council, Foundation North and Te Puni Kokiri.

But it's the next stage that will be the big one: A 700 seat theatre for the performing arts, a facility Whangarei has needed for years.

It will cost between $10m and $15m according to Hihiaua Trust secretary Janet Hetaraka.

The theatre would be versatile enough to handle many community events, Mrs Hetaraka said.

But the priority for the Trust was kapa haka.

"We have many kapa haka events throughout the year and there is no adequate venue.

"They have to use stadiums or gyms and there's never enough space for the audience. What we've designed is an indoor/outdoor stage, so we can have thousands of people seated outside on the grass with the stage open to the outdoors."

The Hihiaua Trust will apply for resource consent for the theatre in the next fortnight. It hopes to persuade the council to back the project with a $5m grant.

If it succeeds, it would be able to apply to other charities for the rest of the funds, Mrs Hetaraka said.

The Whangarei District Council has long had $10 million budgeted in its long term plan for a theatre but developers planning to build a hotel across the river are also pitching for council funding for a conference centre.

Another Hihiaua Trust member, lawyer Ryan Welsh, said the Hihiaua theatre was more in line with what the city needed.

"Not to say that a hotel wouldn't provide jobs but we are looking to showcase Māori culture and also be inclusive of the whole community in terms of its use."

Both developments are intended to work in with the Hundertwasser Art Centre now under construction at the other end of town.

The Hihiaua Trust said the cultural centre would complement the Hundertwasser, which included a Māori fine arts' gallery.

Hihiaua trustees held off applying for council and charitable funding for several years, to let the $28m Hundertwasser take precedent.

But the trust and the hotel developers could yet be in for a wait.

Whangarei mayor Sheryl Mai said the council was in the process of developing a new events and venues strategy and would not be handing out any money until it was decided where the venue gaps were in the city.