The wintry blast that brought snow to high country areas of the South Island overnight is set to sweep up the country with gales and heavy rain. 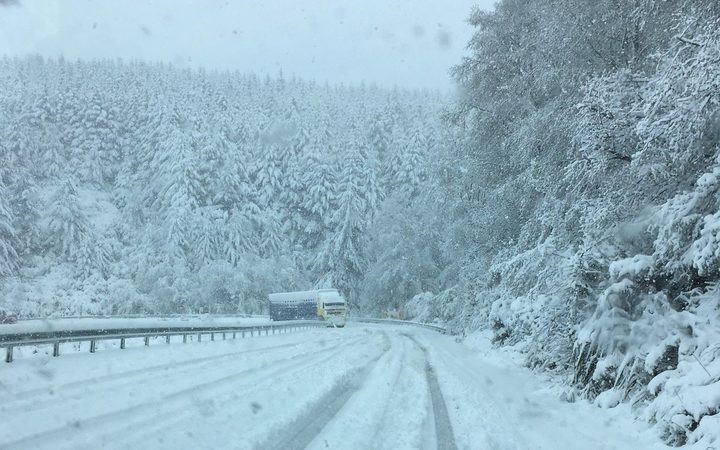 A truck on the Blackmount-Redcliff Rd in western Southland. Photo: Southland District Council

MetService says snow fell down to 200m in Southland.

State Highway 94 between Te Anau and Milford which was closed from Hollyford Road because of snow, has reopened, but motorists are being warned to drive to the conditions. 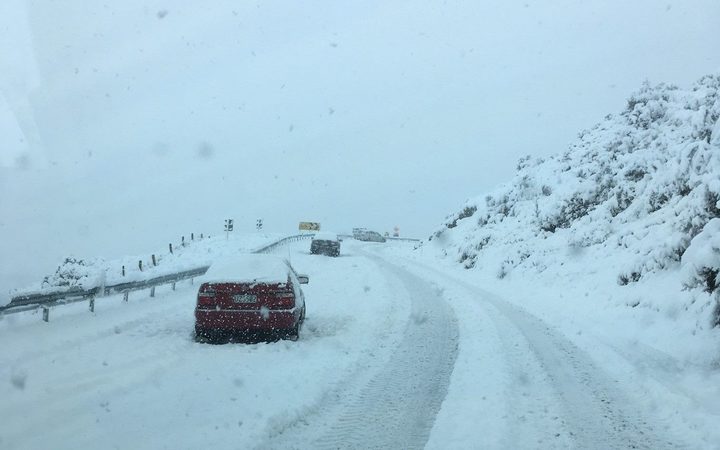 The Blackmount-Redcliff Road in western Southland has reopened after being closed for a time due to heavy snow. Photo: Southland District Council

Heavy rain warnings and watches are in place for north west Nelson, the ranges of Buller and the Richmond Range.

Mr Gullery said Up to 100mm of rain could fall in north-west Nelson.

Gales of more than 90 km/h are also expected for the Kaikoura coast and in Wellington.

Yesterday, temperatures dropped rapidly as the front moved up the South Island.

Brrrr check out the southerly change moving up the South Island today! ️

Temperatures in places like Timaru, Lauder and Dunedin dropped 6-7°C in one hour!

In CHCH, today's temperature got to 21.3°C ahead of the front ️. Tomorrow's max isn't expected to surpass 13°C pic.twitter.com/X3TK52UxuA

Trampers are being urged not to head into alpine areas as the spring storm settles in over the South Island.

The New Zealand Avalanche Advisory has issued alerts of dangerous avalanche conditions down to 1000m in some areas.