A $200 million high-rise will sit right beside Auckland's landmarks as a Melbourne-based architect wins a bid for the development to be built. 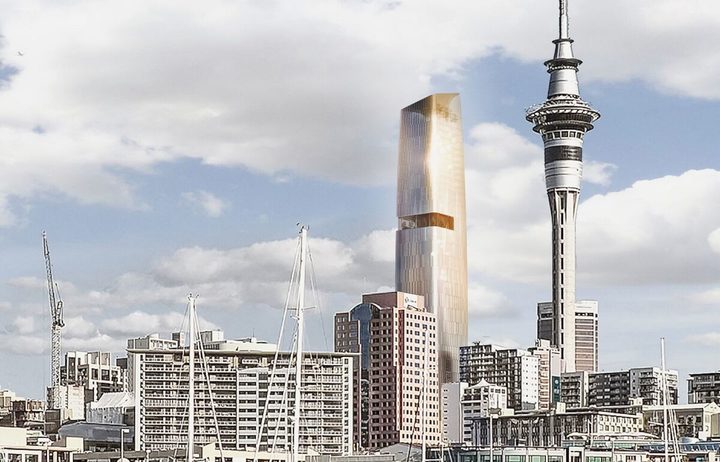 The skyscraper that is set to be built at 65 Federal Street. Photo: Supplied

Located at 65 Federal Street, near the Sky Tower, the building will have 226 apartments, a 233-room 5-star hotel, a rooftop garden, and a ground floor "Market Place".

A competition was run by Melbourne-based property development company, ICD Property, to find a new high-rise for the city.

The competing architects each created two designs for the competition, the first following current city planning rules and the second showcasing what could be built with more liberal planning parameters. 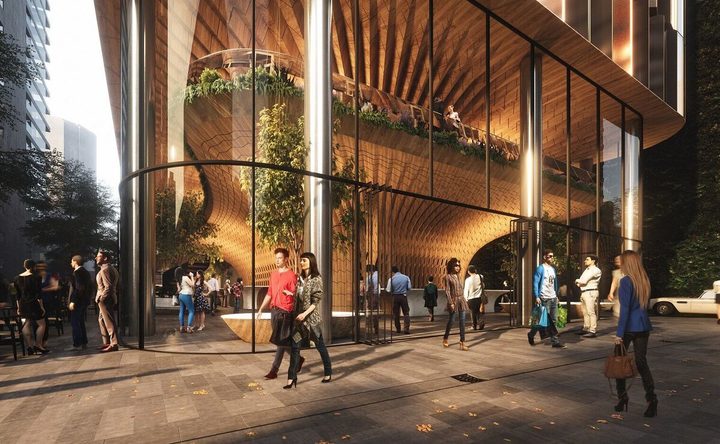 The skyscraper is set to have a Market Place on its ground floor. Photo: Supplied

"We see this tower as an opportunity for Auckland to set a new benchmark for quality and liveability, and it will be a project that is led by design excellence to achieve better urban design outcomes, not just for New Zealand, but around the world."

The development was world-class and would help fuel Auckland's tourism, he said.

"We want to build a building that stands the test of time. It's really going to bring a greater focus on Auckland itself as a destination internationally."

In a statement, Woods Bagot principal and design leader Peter Miglis said the rooftop Zen Garden and inclusive public space were key aspects because they reflect the of the street.

"Through Federal Street's transformation into a pedestrian laneway, it has the potential to become a public destination, like a town square or public plaza, and that's very much what we had in mind with the idea of a Market Place."

The project is expected to be completed around 2022. 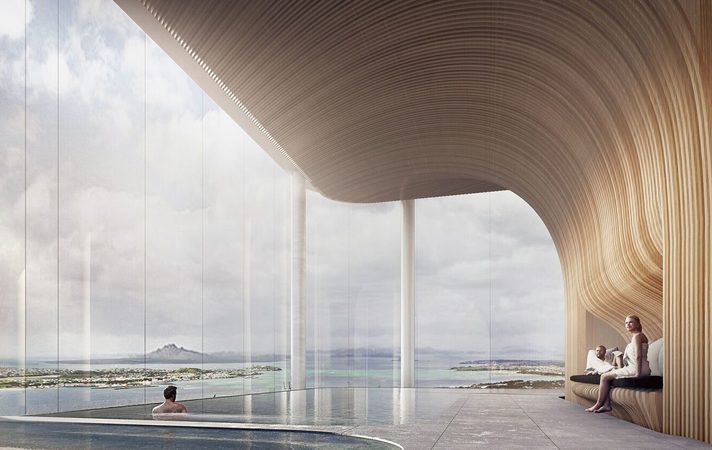 The skyscraper project will also include a pool area with views out to the Auckland's coast. Photo: Supplied