Two of the four investigations into trainee police over claims of misconduct are criminal investigations, the Police College training manager says.

The four trainee officers from the Police College in Porirua have been stood down, but police won't confirm reports that at least one case involves accusations of indecent assault.

Police have launched the investigations into the four trainee police following allegations of misconduct in separate incidents.

None of the recruits were on duty at the time, he said.

Three of those under investigation were not onsite at the college when the incidents allegedly happened, he said.

Police Minister Stuart Nash told Morning Report he was not surprised that those recruits were allowed to graduate.

"It disappoints me that they were involved in this sort of behaviour - no doubt about that - but what I do trust is the Superintendent and his men and women out there to use their judgement," Mr Nash said.

"If this was so bad that these men and women were not of a good quality to be police, they would have stood them down and see ya later."

Mr Nash also defended the decision to graduate a recruit who was the subject of a misconduct allegation which was not upheld.

The recruit was awarded the Ministers award and the Firearms award and was top graduate of the wing.

"It's not a great look but keeping in mind there are two sides to every story," Mr Nash said.

"The police investigated this and found insufficient evidence."

He said the standard of recruits and graduates was exceptional. 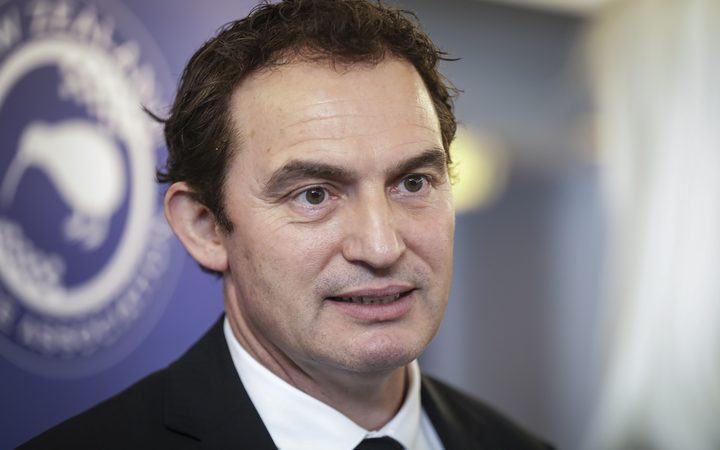 However, Mr Nash said he was not defending bad behaviour and trainees who were deemed unfit by police would not graduate.

Superintendent Scott Fraser told Morning Report if matters of a criminal nature are upheld, recruits do not graduate.

"We will look at any matter, minor to serious, and have done for the past 20 years, so this isn't a different process. We always look at the details and make very sound judgement decisions as to whether people graduate and become police officers," he said.

"The four individuals who have been stood down is over the last 12 months, just to put that into context over 940 recruits have been trained.

"We do not graduate anyone who does not meet our standards."

In a separate matter, a group of recruits from Wing 318 were investigated for drinking alcohol in July.

Mr Fraser said that incident was not serious.

"There was some alcohol involved, and some very minor silly behaviour. They were noisy in the barracks and they were up late at night doing some silly things."

This incident was investigated and the college was satisfied the recruits had changed their behaviour, Mr Fraser said.

Those recruits all graduated earlier this month.

The intake for Wing 318 at the Porirua college in June was the largest in more than a decade.

The government is aiming to recruit 1800 new police officers over three years as part of its coalition deal.

While the government pushes forward with that plan, National police spokesperson Chris Bishop said he was worried police recruit standards were slipping.

Mr Bishop said the Police Minister promised that standards would not drop, but it looked like they had.

"You'd have to say when one in 10 of the recruits are going through the most recent course, the largest police course intake in 12-13 years, you have to say that there are real issues," he said.

"I think this is just the natural consequence of a desire to go absolutely hard on quantity and I suspect it's come at the expense at quality."

However, Police Association president Chris Cahill said officers were held to higher standards than any other employer in New Zealand.

He said he had no concerns that standards were slipping.

"Young New Zealanders I know who have applied to join the police, who I think would make outstanding police officers, who have been turned down simply because they've failed something on the test by a small amount," Mr Cahill said.

"That gives me confidence that police are not lowering the standards."

National's police spokesperson, Chris Bishop, said the Police Minister had made promises to parliament in May that standards would not drop, but this looked demonstrably like they had.

Mr Bishop said one in 10 of the recruits going through the most recent course - the largest intake in over a decade - were facing or faced allegations of misconduct.

This was the natural consequence of a desire to go hard on quantity, which he suspected had been at the expense of quality.