When Robin Abraham needed a place to live, his friends agreed to put him up, but he repaid them by making "vile'' sexual comments to their 8-year-old daughter. 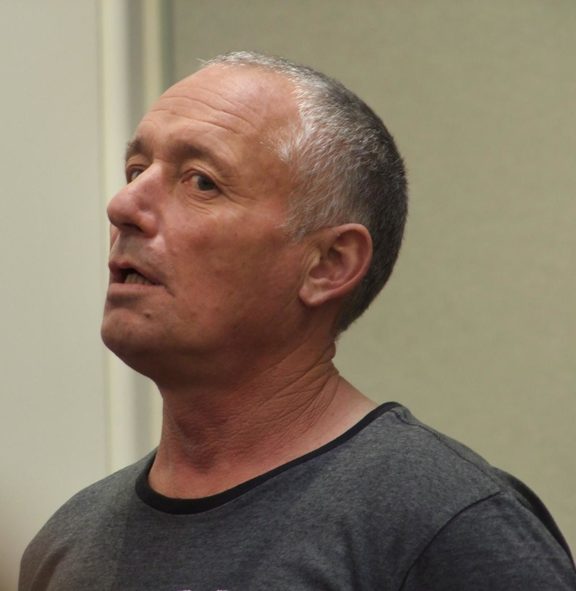 Now the victim's parents are devastated they let their girl down and have left the house where the incident happened.

"The revulsion both my partner and I had felt at what Rob said to [the victim] has resulted in us moving out ... We cannot continue to live there and have [our daughter] stay in a house where such a vile act had taken place,'' the victim's mother said.

The 53-year-old defendant pleaded guilty to a charge of threatening to do grievous bodily harm after recently failing to turn up for his scheduled jury trial at the Dunedin District Court.

The court yesterday heard Abraham was staying with the friends until he found permanent accommodation and had been there only three weeks when he made the depraved comments.

The 8-year-old entered the living room where the man was consuming alcohol, sitting with his son.

When the girl's mother left the room to settle another child, Abraham made sexual comments to the victim, telling her he would "knock her up''.

He followed that up with: "I'll slit your guts''.

The defendant's son told the girl not to listen to Abraham and by this stage her mother was listening at the doorway while hidden from view.

At that, the woman rushed into the room and yelled at the defendant.

Abraham responded by "curling into a ball and apologising'', the court heard.

He fled the house after the victim's father became aware of the comments.

Since the incident, the girl had struggled to sleep, her mother said in a statement.

"She has become extremely upset with increased anxiety and when she hears the name 'Rob' she becomes upset, crying and begins to yell at people, telling them to shut up and not use that name,'' she said.

"Rob has soiled our family home and we will never live in that house again.''

Judge Michael Crosbie echoed the huge impact the incident had had on the family.

"They are vile, cruel and degrading comments that no young person should have to [hear] in a civilised, caring world,'' he said.

While most of Abraham's previous convictions were more than nine years ago, the judge said they were of a similar nature.

He was sentenced to 11 months' imprisonment and ordered to pay $1179 to cover the victim's father for a week off work.