Aucklanders and transport industry insiders are backing a Chinese company's bid to build and pay for a major toll road north of the city. 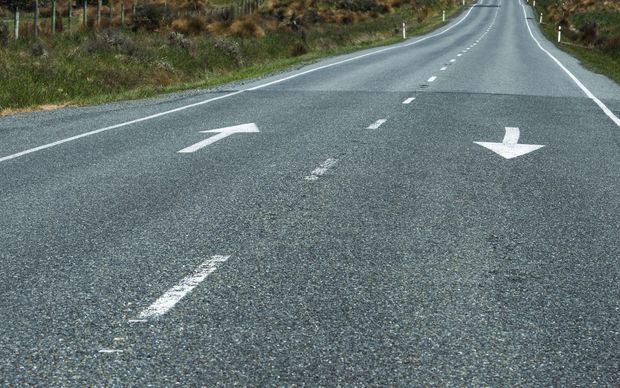 The Auckland Chamber of Commerce is assisting a bid by China Tiesiju Civil Engineering to build the $400 million Penlink Toll Road Project, which will link State Highway One and the Whangaparaoa Peninsula.

For Whangaparaoa locals it couldn't come soon enough with many fed up at the long commute in and out of the peninsula.

"We've got a history of leaving things just too damn long. I've been up here for 30 years and it was meant to happen years ago. If it had it would have completely changed the dynamics of the place," local business owner Cedric Armit said.

Mr Armit said the drive is a nightmare everyday.

"I've got to drive out here in the morning, my daughter goes to school at the end of the peninsula, all the way from Little Manly it's just one long traffic jam.

"You look at it and just think, why?"

Mr Armit said he's more than happy to pay a toll should a road be built and most of the locals RNZ spoke to agreed.

"Everyone around here, the community, would blink an eyelid at paying $3 a toll," he said.

The seven-kilometre long Penlink Toll Road project has consent but isn't scheduled to be built for another decade.

However it could start as early as next year if the proposal from China Tiesiju Civil Engineering is given the green light, according to Infrastructure New Zealand chief executive Stephen Selwood.

He said the project needs to be started sooner rather than later.

"The cost of delay in these projects vastly exceeds the costs of private finance and we should simply get that problem out of our minds and move on with the solutions rather than why it won't work," Mr Selwood said.

China Tiesiju Civil Engineering is a subsidary of China Railway Engineering, it specialises in railway projects but has also constructed expressways, bridges and tunnels in more than 20 countries.

The agreement the company is pitching to the Transport Agency is known as a BOOT, or Build, Own, Operate, Transfer.

If successful, the company would own the road and take revenue from tolls before transferring ownership to the Government around 25-30 years after it's built to recover the construction costs.

Of the six locals RNZ spoke to, only one was concerned about why a Chinese company wants to invest in New Zealand but Stephen Selwood said foreign investment is good for the country.

"The smart move is to plan and think long term and then find the ways to finance it, which enables growth, enables wealth creation and then the country will prosper.

"But if we continue always to just work within the budgets that we've got we're just limiting our opportunities to grow as a nation.

Mr Selwood believed the project would require foreign specialists for a job of that scale but said it's necessary to get it done.

AA spokesman Barney Irvine said while it's another added cost for motorists in the area, the road would have wider benefits.

"The exciting thing here is if a deal like this can work in the Penlink Road Toll then it can be used in other parts of Auckland to bring forward roading projects that we're going to need as the city grows," Mr Irvine said.

In a statement to RNZ, Transport Minister Phil Twyford said the NZTA is working through the bid's procurement process but won't comment on the offer due to the competitive commercial process.