The incoming chief Human Rights Commissioner, Paul Hunt, is confident the organisation can evolve, following a highly critical report that found there was sexual harassment at the agency.

More than 80 of the commission's staff participated in a ministerial inquiry into the commission, which found 17 percent either witnessed or directly experienced behaviours - such as stalking and sexual assault, hugging, kissing and sexually suggestive comments or taunts - in the course of their work in the past five years.

The report from the investigation was triggered by allegations of sexual harassment by a senior staff member of an intern.

Prof Hunt, who is a longtime human rights' advocate, begins his role in January next year.

He has previously worked as a special rapporteur at the United Nations, and joins the commission from the University of Essex in England to replaces David Rutherford. 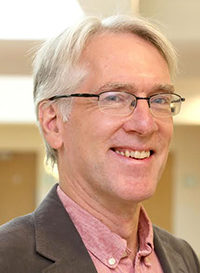 He told Morning Report he intended to closely monitor the implementation of all recommendations in the review of the commission, when he arrives in office.

Prof Hunt said the process of acting on the recommendations was crucial "to ensure... that there are updated workplace policies in place and they're communicated very clearly to all staff".

In addition, he said it also provided a way forward for the commission to move on from the scandal.

"I'm really pleased that I'm being assured that the recommendations are being accepted and they are now being robustly implemented... I think that's the way forward," Prof Hunt said.

"I think we need to look forward to the work of the commission in 2019 and promoting and advancing the international human rights of everyone in New Zealand."

The review into the commission also heard from staff who described dysfunctional, bullying and disrespectful behaviour by commissioners.

Prof Hunt said he had been told efforts were being made to improve the culture at the commission.

However, he said he was unsure whether the staff member involved in the allegations remained in place.

"When I'm in office it's extremely important that I have that information."