Similarities between New Zealand and Iceland have prompted Iceland's minister of tourism to visit. 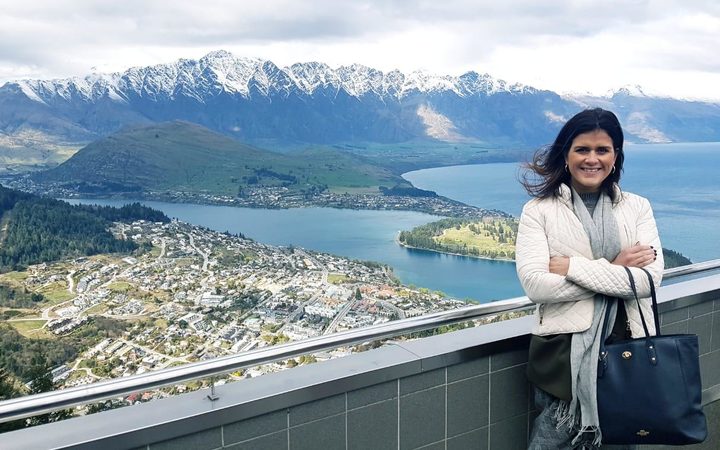 Travelling around New Zealand, Ms Þórdís said a lot of the rugged landscape reminded her of home.

That was part of the reason she visited - both countries experienced rapid tourism growth as visitors sought natural beauty.

"We're facing a lot of the same challenges, and in some matters (New Zealand) is ahead of us," Ms Þórdís said.

Particularly she said managing popular tourist sites and safety were areas the country excelled at and Iceland wanted to learn from.

"We've had room for everyone, but we have certain sites where it's nearing its capacity."

That's where managing sites better and having information available would come in, she said.

In Iceland, the seasons played a big role in the number of tourists certain areas could sustainably handle, she said.

But through better management and education, Ms Þórdís hoped the visitor numbers could be kept in check and prevented from ballooning outside of the nation's control.

"Most tourists want to behave correctly, but sometimes they don't really know what is allowed and what is not."

New Zealand was one of the countries Iceland looked to for tourism best practice, she said.

"But it's also kind of a relief that you haven't figured everything out."

This comes at a time when Iceland's tourism is slowing down.

New Zealand remains on an upward trajectory, predicted at 5.1 million tourists in 2024 - a sizable jump from 3.7 million visitors in 2017.

As part of this growth, the country is busy considering how to pay for the increasing infrastructure price tag, which could include new fees.

In Iceland, different fees and taxes are regularly debated as a way of mitigating the impact of tourism with a few already in place.

The Nordic nation has also jumped on board a bed tax, which is the equivalent of about $4 per night.

Ms Þórdís admitted the tax was not perfect - a visitor is charged at the same tax rate whether they book a room or a house.

But she said it provided much needed funding for tourism infrastructure.

Smaller communities with popular nature sites often did not have enough accommodation and the villages would not collect much from a bed tax, she said.

But she pushed for national parks, smaller communities and certain nature sites to play a greater role in decision-making.

"In my mind, it shouldn't all be planned from the centre."

Despite visitor numbers rocketing to 2.2 million by last year, she did not believe tourism in her country was out of control.

"There's no 'overtourism'. I wouldn't use that word. It's just a lot of growth in a short amount of time for a small nation in a big country."

But it has created challenges visible in Iceland and New Zealand.

The growth put pressure on Iceland's health, roads, policing and housing infrastructure, as well as on the landscape that inspired tourists to visit in the first place.

The country experienced a spike in Airbnb as there was not enough traditional accommodation to cater for visitor numbers.

Similar to New Zealand, Iceland has been grappling with whether to tax Airbnb.

Iceland has to import overseas workers for tourism jobs as the population was not able to cater for the demand, but they all needed a place to live, Ms Þórdís said.

Despite these challenges, she said Iceland remained positive about tourism.

"There's a saying in Iceland: 'There's actually one man that saved us, that's the tourist man.' It sounds better in Icelandic.

"They still know that. It just takes time to get used to it."

As part of tourism management, Iceland is undertaking a long term project to determine where the most pressure is, where needs funding, and what can be done for sustainability.

Ms Þórdís invited New Zealand to send a similar delegation to Iceland to find out first-hand how the Nordic nation has handled its tourism boom.