The Mayor of Kaikōura believes a construction workers' village in his town has been good for the local economy. 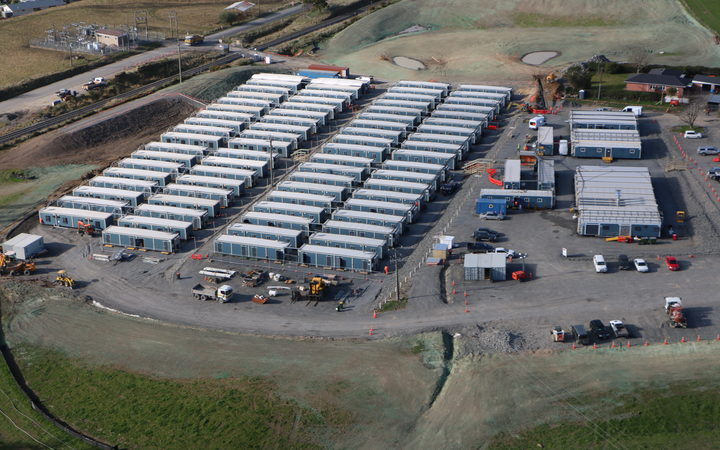 It was set up to accommodate about 300 of a workforce of 1000, required to fix roads damaged by the major 2016 earthquake.

A similar temporary workers' village is proposed for Otorohanga, to house about 300 people who will be employed on the construction of Waikeria Prison.

But E tū union has called a planned workers' camp for staff who will build the new prison 'a prison to build a prison'. The 300 odd workers would be working 12-hour shifts six days a week and would be subject to daily alcohol and drug testing if the plan gets the go-ahead.

The plan is also worrying some locals, who are concerned about the effects it may have on the King Country town.

But Kaikōura Mayor Winston Grey said in his town, the influx of workers had been good for the town.

There hadn't been any problems with the village and locals have welcomed the newcomers, he said.

Mr Grey said the workers' village is likely to remain for at least another year.