New Zealanders are comfortable with having a robot as a colleague, according to a new survey, but there is a warning there might not be room for everyone. 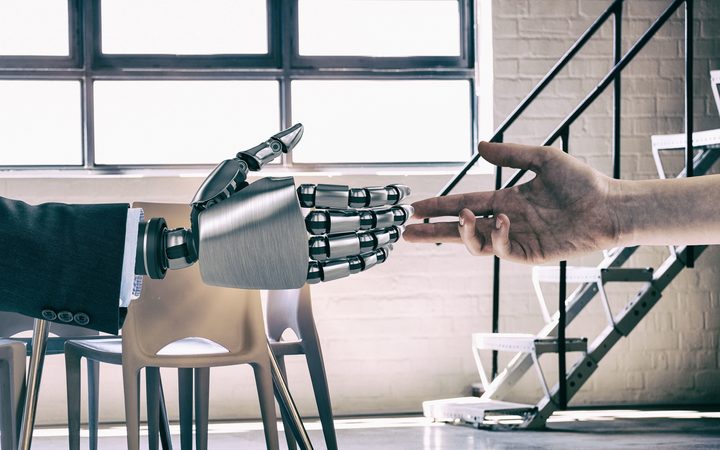 A new TradeMe job survey talked to about 800 New Zealanders, to understand their current work habits and the future of work.

It found 66 percent of New Zealanders said they would be fine having a robot sit next to them in the office, with men being the most complacent at 75 percent, while 58 percent of women were fine with a robotic colleague.

Almost three-quarters of respondents acknowledged that artificial intelligence (AI) will change the way they work in some way, and 41 percent thought that parts of their role will be done by AI in the near future.

However, TradeMe Jobs head Jeremy Wade said people might not have thought through the ramifications.

"I don't know if people have done the maths on this, if half of our time is to be taken away by automation, what does that mean for half of the people in the organisation?" he said.

Mr Wade also said it was not a doomsday-type scenario.

"People thought when the PC came along it would significantly impact roles at work and cause there to be mass redundancies, and at the end of the day we're still at relatively low unemployment 30 years later," he said.

He believed the reason behind the gender divide in opinion was due to women being more likely to prefer social interactions at work.

"The interesting thing was this actually came through with millennials as well, where 64 percent of millennials said that rather than communicate through technology and screens they valued face-to-face contact," he said.

Technology was not just creeping further into the office, but into the home life of workers as well.

"With technology making it possible to work from literally anywhere, it's much harder for employees to switch off," Mr Wade said.

"Sixty percent of those surveyed said they regularly check their work emails outside work hours."