Homeless people are finding their way to Whangārei's new day shelter - which will offer a doctor's clinic and access to a social worker - even though it hasn't officially opened. 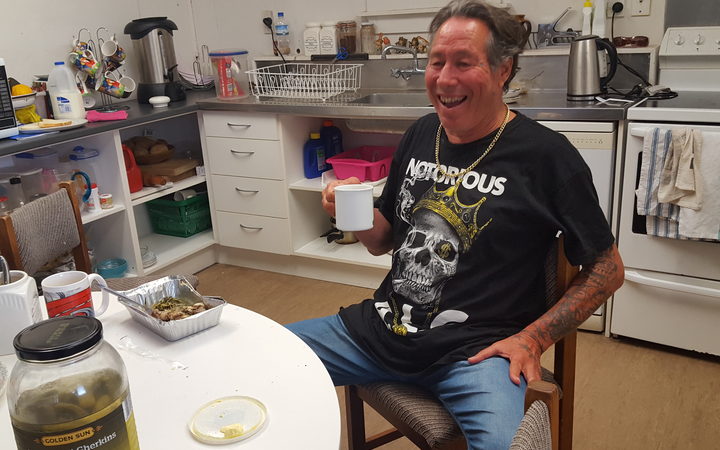 Gwynne William's has been taken in by Carrie and Ihaia Kake. Photo: RNZ / Lois Williams

The shelter in the town's old army barracks has been taking shape since mid-July, but a shortage of tradespeople has pushed back the opening.

For a shelter that's not open yet, it was looking pretty busy when RNZ visited this week.

Carrie and Ihaia Kake, who've been taking homeless people into their home for 40 years, were offering cups of tea and sandwiches in the kitchen.

Women were sorting piles of donated clothes and bedding in a store room.

The big central living room's been furnished with tables and chairs, sofas and wall units, which was all donated.

A children's playroom is ready for its first occupants, with heaps of soft toys and a blackboard.

Locals and visitors have brightened the walls with their work and in the meeting room there is a huge mural of Mother Theresa.

"This is the pride and joy. These [cylinders] had all been ripped out. This one is partly sponsored by Bunnings and I'm off this afternoon to talk to some people who might sponsor the other half," she said. 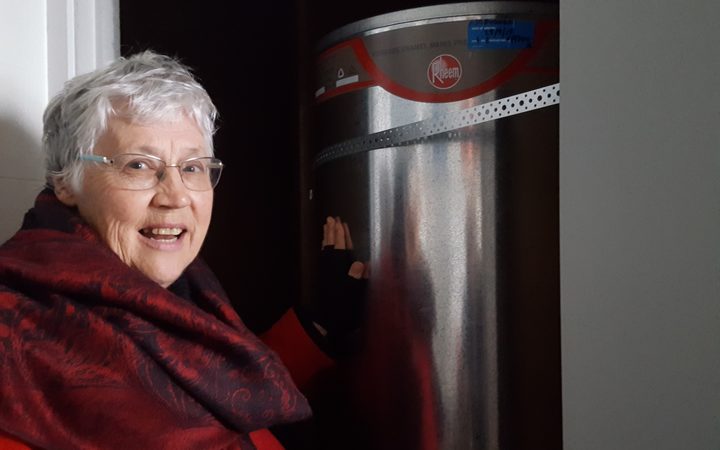 The water cylinders were not yet connected. The shelter's waiting for a busy electrician, who's donating his time, to wire them up.

The same applied to the carpet and vinyl layers, Dr Peters said.

"Tradies have been incredibly generous, but they have just got so much work on at the moment we just have to wait till they can spare us the time," she said.

One who had been able to finish the job was painter Craig Sullivan, who had painted the shabby old building inside and outside, with volunteer help with help from Corrections clients.

"I offered a week of my time but that week has turned into almost two months, simply because of the scale of the job and because they needed it," Mr Sullivan said.

He'd been living off his savings but would now need to look for paid work.

When the day shelter is complete, it will offer hot showers and a laundry, a social worker and doctor's clinic.

But Carol Peters said the shelter was already helping the homeless.

"Homeless people know where we are so they've been dropping in and having something to eat, and we've helped some find accommodation and others with bits and pieces like clean socks," she said.

Whangārei people and groups like Rotary South had been generous and inventive with their support.

"I was in the library last Sunday and this guy came up to me and said 'do you need toiletry packs?' and I said 'yes please, we'll have a hundred!' and today he turned up and he's put them together, which is pretty cool."

That sort of support was needed more than ever, Dr Peters said.

Homeless numbers in Whangārei have gone up over winter, according to people who feed the hungry every week, and are showing no sign of tapering off. 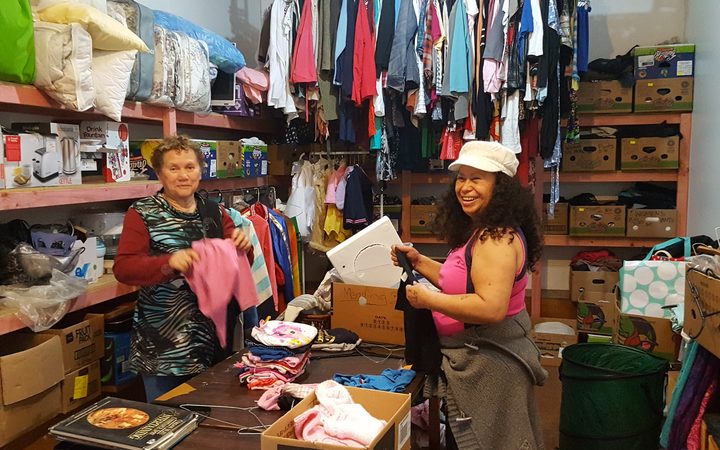 "Actually, last Monday we ran out of food. We had to go and buy pizzas to feed the people still coming in, needing a meal. The increase lately - it just threw us," she said.

"We've just had a lady we know stay with us for three weeks with her two youngest children... Her family had to be split up so they could all go somewhere. And every time we went to a house viewing there were so many families going for that one house."

Ironically, one homeless man has lost his makeshift home because of the day shelter.

Gwynne Williams was all set up for winter with his bed and belongings tucked into a sheltered outside corner of the old barracks.

He's now been taken in by the Kake's at their insistence.

But he said he was taken aback when the posse arrived to start work on the shelter.

"I said 'what? This is my house!' Well, I didn't really, but I felt like it because I thought they were invading my space. But then I thought, no, there's people out there, families with children living in cars... and they need this sort of help."

Dr Peters said Whangārei's day centre for the homeless would now open officially later this month or in early November.