Homeless people forced to sleep on the streets were almost unknown outside Auckland city centre a decade ago - but it's now commonplace to see rough sleepers in almost every suburb, according to the Salvation Army. 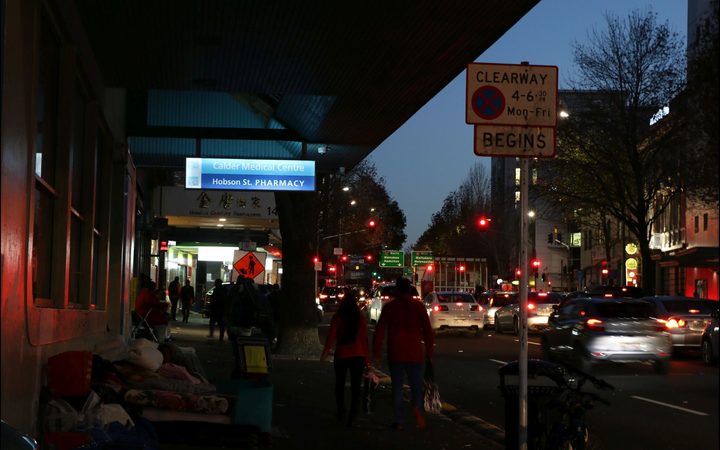 Last month, a Manukau bus station opened its doors as a temporary homeless shelter, in a trial run by Auckland Transport, the city council, and Salvation Army.

Salvation Army policy analyst Alan Johnson said there was a serious need for permanent night shelters in the city but, ultimately, homeless people needed housing and there was just not enough accommodation.

"We've tended to have around 10 people per night coming in and sleeping, and probably nearly twice that number coming in and getting some hot food.

He said homelessness was getting worse each winter and it was unsafe.

"So you can be sleeping somewhere and someone can attack you and I think one of the things that we offer here is just a safe place to be, you know 10 year's ago suburban street homelessness was unknown and now it's almost commonplace in every suburban shopping centre across Auckland."

Rob, 61, usually sleeps in a doorway in Manukau, and has been using the shelter's service for its hot meals and cups of tea.

He said it had been a god-send for the homeless.

"What it is, is it's the community showing that they care about us, you know? And I think that's what it comes down to. We don't stand in line begging for money, we beg just for someone to say hello to us, and to talk to us for five minutes. That's all we want."

He said it was disappointing the shelter was closing prematurely, but hoped its success would inspire something more long term.

The council and Auckland Transport agency staff pitched in to provide overnight volunteers, he said.

He said a decision to stop the trial slightly earlier than planned was partly because volunteers also worked day jobs.

Mr Filipaina said the next step was assessing the merits of the test.