It has been described as a filthy, squalid slum, but for some, it is the only home they have. 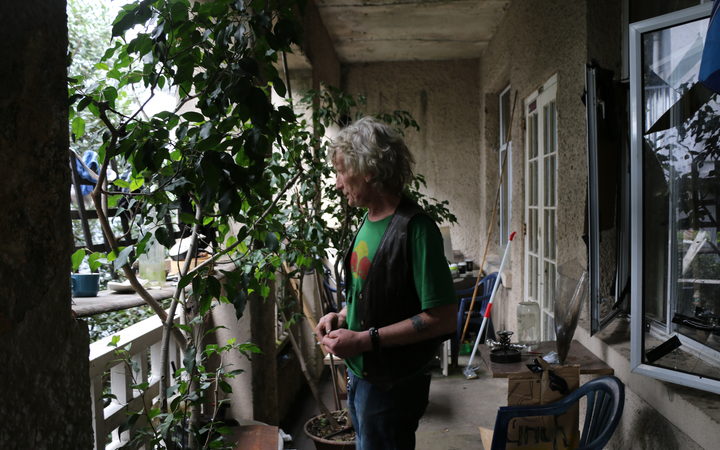 The former St Joseph's Catholic Convent on Great North Road in Auckland's Grey Lynn houses those with few other options.

In June, the building sold for $4.1 million to make way for tourist accommodation. Yesterday, the 30 tenants were supposed to have packed off, but today, many remained.

Fox, who has lived at the hostel for three years, rolled a smoke as he explained how he was just beginning to get used to the place.

There are no signs he is packing to leave. 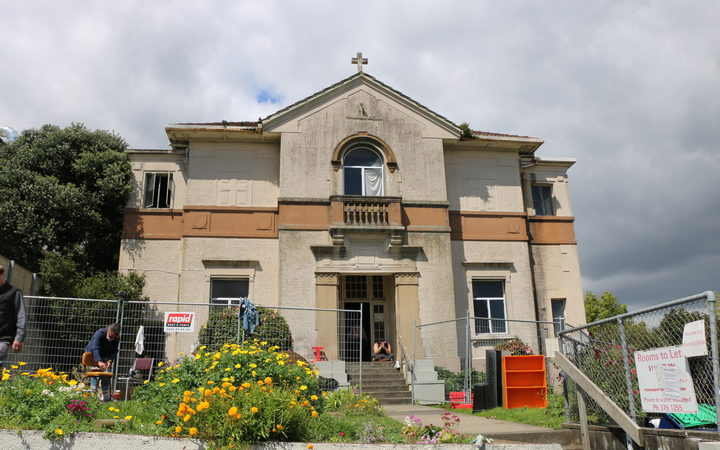 "I don't really want to live here but I need some place to stay," he said.

"There are no more places or artists' studios - they've all been ripped down for yuppies."

Written on the corridor's wall are the words - "it was hell while it lasted".

"It could have been so much better than it was," Fox said.

"Down and out people ... when they lose self-respect and stop loving themselves, then they don't love the environment they're in."

Over the weekend, a man was found dead in his room in the building. 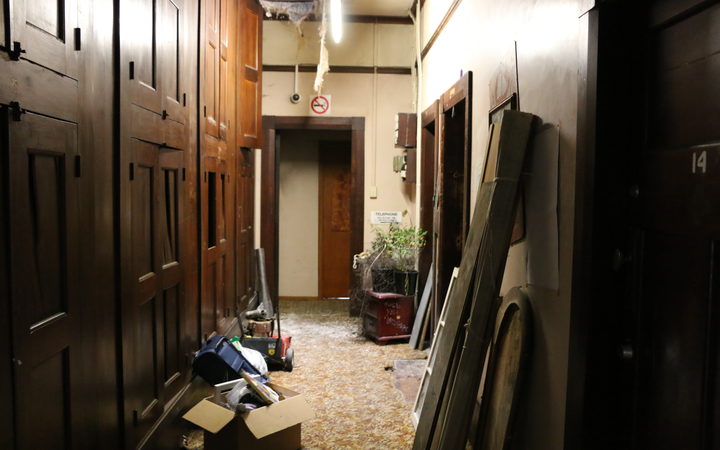 "You can get used to unconscious bodies and stepping over people that you just don't bother to check if they are living or not."

He said the man who died looked asleep, which he claimed was better than living at the hostel.

The house is surrounded with high wire fences. On seeing the fence, Fox said he always knew he was "living in a zoo".

"Nobody was into cleaning up their space. They just wanted to go deeper into their depressions and this place gave them an excuse not to get up."

Inside, doors are kicked in, windows shattered. There are rooms piled high with scavenged junk. 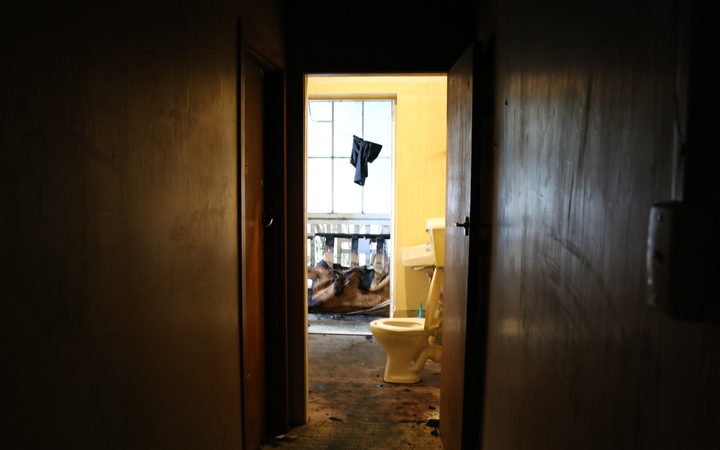 A front room is blackened from a fire.

Addicts, people with severe mental health issues and those with nowhere else to go populated the rooms, which cost about $200 a week.

Despite landlord Rentyn Turner taking about $300,000 a year there was only one stove and one washing machine.

The landlord gave up on the place, Fox said.

"Any damage done is just superficial and dollars will fix it, but when a house has no soul or no love, you can't buy anything that's going to make that exist."

Many tenants moved out when they heard about the building's sale but others had nowhere to go.

Fox has a meeting with Work and Income to assess his housing eligibility.