An independent review into the Department of Conservation's partnerships with businesses and private landowners is needed to ensure the welfare of native species is at the forefront of any project, Forest and Bird says. 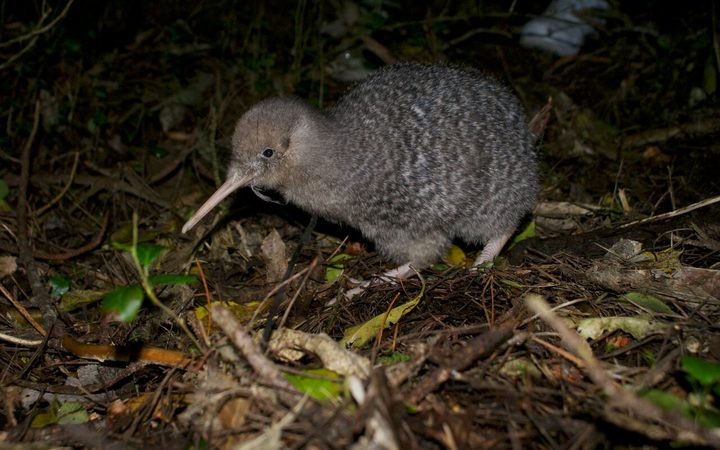 RNZ revealed DOC allowed the country's largest privately-owned conservation project, Cape Sanctuary in Hawke's Bay, to show off kiwi to paying guests without a permit, despite concerns about the welfare of birds in its care.

A report into the death of nine Little Spotted Kiwi in 2017 found they died of neglect because they were not properly monitored and did not have adequate predation.

Complaints to DOC blamed their death on the sanctuary's focus to provide Brown Kiwitours to guests at The Farm at Cape Kidnappers - which it did not have a permit to do - over pest control and monitoring of Little Spotted Kiwi.

"There had been concerns raised about the fact that there wasn't a permit for the handling of birds at the sanctuary ... everybody in the department seemed to know about it ... and nothing happened because senior management didn't want to rock the boat," Forest and Bird chief conservation advisor Kevin Hackwell said.

It was a situation that was happening all over the country, he said.

"There is a lot of pressure, certainly under the previous government when DOC was being underfunded and having its staff cut, there was a big push and a lot of pressure on the department to sign up with wealthy partners, businesses and philanthropists in an attempt to do some of the conservation work that was its core function," Mr Hackwell said.

"And that led to a pressure for the department to compromise some of its conservation values."

The Kiwi Recovery Group, of which Mr Hackwell was a member, advised against the Little Spotted Kiwi being transferred to Cape Sanctuary in the first place, because of poor pest control and doubts over whether it was a suitable environment for them long term.

DOC allowed the transfer to go ahead anyway, he said.

"It should never have happened," he said, and it was an example of how the department had compromised its conservation values to keep partners happy.

Forest and Bird was calling for an independent review of all of DOC's partnerships.

"It's time for us to review what's been going on and make sure that we are doing conservation for conservation, not conservation that partners want."

Cape Sanctuary now had a permit to conduct kiwi tours and with that strict conditions that no guests were allowed to hold the birds.

Kiwis for Kiwi chief executive Michelle Impey said it should be up to the kiwi handler to decide who handles a bird.

"They'll know if a bird is stressed ... but I think you can quite safely give someone an experience."

Mr Hackwell planned to raise the issue of an independent review of DOC's partnerships with Conservation Minister Eugenie Sage.

Ms Sage did not respond to requests for comment.

"We've worked really well with Cape Sanctuary to ensure everything's up to standard and I'm really happy with how everything's going," she said.

"I'm not sure that any kind of review is going to help."

She rejected the reports of neglect, which she said were based on opinion rather than fact.

"Obviously the drought would have played a pretty big part in that. It was a pretty dry summer in 2016 when the deaths happened, so it could well have been that."