Police investigating the killing of a man in the Hamilton suburb of Melville on 8 July are appealing for information on a vehicle. 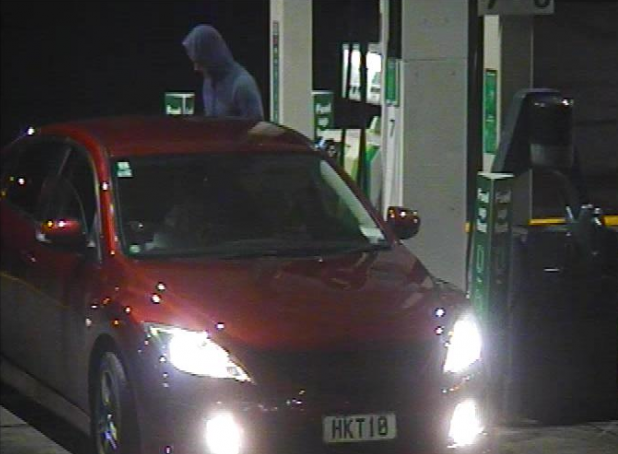 Police want to hear from anyone who recognises the vehicle or the person at the petrol pump. Photo: Supplied / Police

Robert Nelson, 23, died after being shot in a suspected gang-related killing.

His 21-year-old girlfriend and a 17-year-old man were also shot and seriously injured.

The woman opened the door to three men just before 1am and one of them asked for a senior gang-member who lived at the house.

One of the men shot her before going inside and shooting the teenager and Mr Nelson, who confronted the shooter while trying to shield his partner.

Police want any sightings of a red Mazda Atenza and its driver, a man in a blue hoodie.

The licence plate on the vehicle belongs to a black ute believed stolen from Papakura on or around 6 July, two days before Mr Nelson was killed.

The police have released an photo of the car and the driver taken at a service station on Cavendish Drive in Manukau on 18 July.

They want to hear from anyone who recognises the vehicle or the person at the petrol pump.