Exams may be looming for University of Otago students, but pens were down as they marched over the proctor's bong confiscations this afternoon. 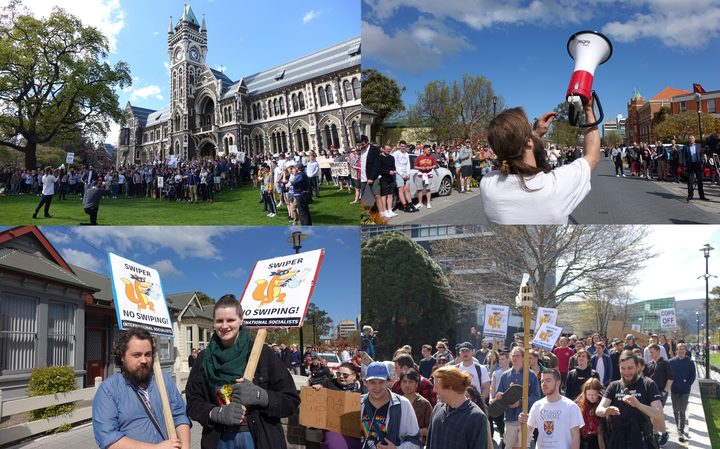 Otago University students protest after it was revealed the university's proctor has entered student flats and taken some bongs. Photo: RNZ / Tess Brunton

More than 400 protesters marched through the city as more claims surfaced about proctor Dave Scott entering other flats without permission.

He said he had also confiscated bongs from students' backyards. 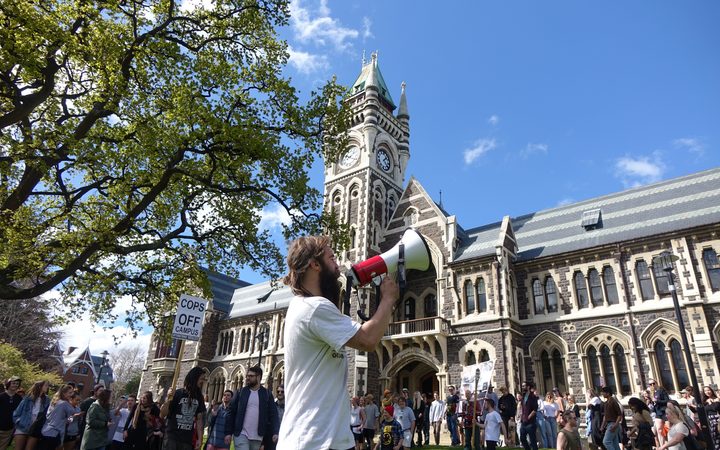 Daren Harvey was one of the protesters taking a stand against the proctor, even though he is not starting university until next year.

"I kind of don't like the idea of a proctor of the university I'm going to having carte-blanche to go onto my property and take anything of mine, regardless of what it is," Mr Harvey said.

Proctor protest is underway at the University of Otago. @rnz_news https://t.co/wOsnLd77LB

Otago University Students' Association recreation officer Josh Smythe said it was an unacceptable pattern of behaviour that had to stop.

He led the protesters through the university - with a large papier-mâché bong in tow - to the proctor's office. 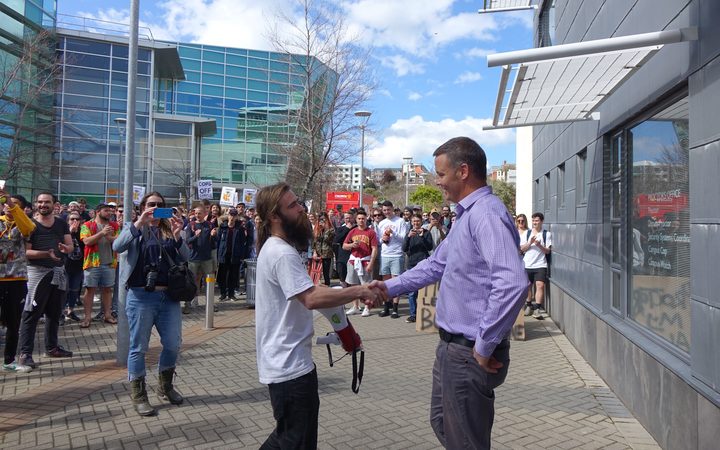 An unexpected entrance by Mr Scott brought cheers and jeers from protesters.

People crowded forward as the megaphone was lifted for him to speak.

"I hear you and I see you," Mr Scott told the protesters.

When he said he could repeat the apology given earlier in the week, the crowd yelled their disgust before Mr Smythe called for their attention.

"I've learnt from this error and I give assurance that it won't be repeated," Mr Scott said.

"I thank you for raising this with me and I acknowledge your right to protest."

He walked back into his office to a cry "that's so scripted" from the crowd. 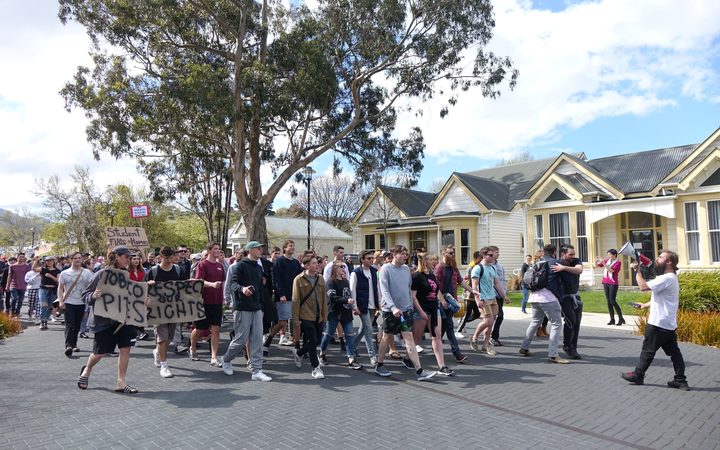 Mr Smythe said while students originally wanted him kicked out, they had chosen to work with him.

"We've chosen to forgive him, we realise that it's more powerful to work with a proctor that is humble and knows the power of this community than have someone new, completely fresh come in and have to learn that all over again," he said.

Instead the students demanded a code of conduct for the proctor and campus watch to curb their power.

"Well there's three points - please don't come into our flats uninvited unless it's an emergency, please don't take our property, and treat us as equals in the community," Mr Smythe said. 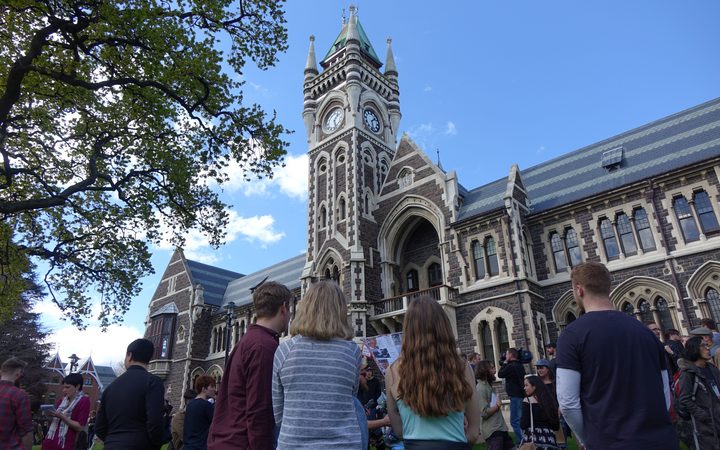 Third-year student Bayleigh Poole said students needed to be treated as adults, not naughty kids, and they deserved respect.

"There's no line between where his jurisdiction is off campus and I think that's why we're here to define that and set those boundaries," Ms Poole said.

The university said it was open to meeting with students to discuss their concerns.