An Auckland woman says she will never buy Fonterra products again after finding 11 steel ball bearings in a tub of ice cream. 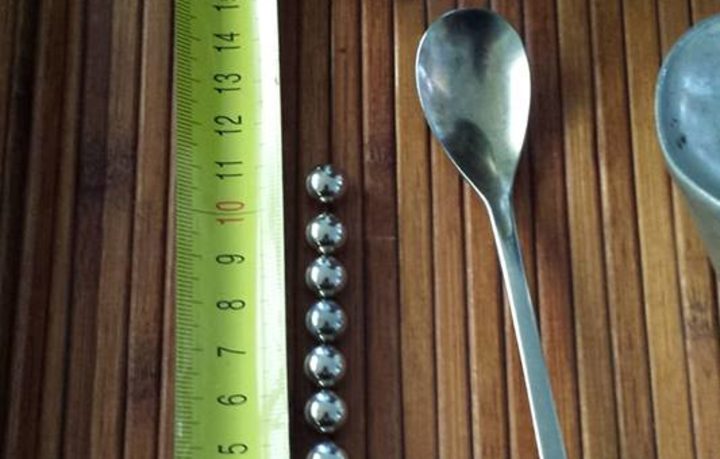 Some of the ball bearings the family says it found in Kāpiti icecream. Photo: Supplied

Ann Brown was serving her daughter Kāpiti triple chocolate ice cream at a family dinner on 16 September when the ball bearings were discovered.

"My daughter started eating the ice cream, she called out an expletive, and spat out a large ball bearing onto her hand.

"At first she thought it was one of those silver balls that you get for cakes, but it was much bigger and when she went through her ice cream there were another ten in there."

The Howick woman complained to dairy company Fonterra, which investigated and concluded the bearings had not come from the production site during processing.

In a response to Ms Brown, Fonterra said the 9mm ball bearings could not have passed through production processing filters and were not picked up by a fully functioning metal detector.

It also said that no bearing of that size was used in the production equipment and apologised to Ms Brown, saying it was an isolated case.

But Ms Brown said the tub's tamper-proof seal was intact when she opened the ice cream, so Fonterra's response had left her with more questions than answers.

"I would be very wary of buying any Fonterra products again after this, because I don't have any confidence at all in their products.

Ms Brown said her primary concern was a young child could have choked on the metal ball bearings.

"They said in the email that they were going to send some vouchers with the report that they're posting to me, but I have actually told them not to bother.

"I honestly won't be buying any of their products again."