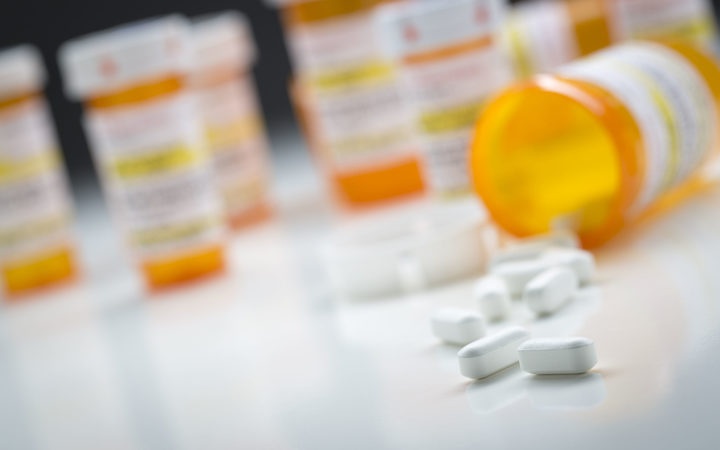 Researchers say the increase in tramadol use is of particular concern. Photo: feverpitched/123RF

Researchers, from Otago University and the Best Practice Advocacy, found the average number of prescriptions stood at 4.5 per year, after they analysed the use of pharmaceuticals by 1.4 million New Zealand children between 2010 and 2015.

In that five-year period the number of prescriptions of fluoxetine for children over the age of 12 rose by 50 percent.

"We can't say why, but it is possible that depressive illness in children is being better picked up and prescriber confidence and experience with fluoxetine has increased," he said.

Dr Richard Medlicott, from the Royal New Zealand College of Practitioners, said fluoxetine was the one antidepressant that had been proven to work for adolescents.

"There was quite a lot of fear about it from GPs, because it's linked to increase thoughts of self-harm and suicide, but if you look at countries and populations where the prescribing is higher, they've got lower overall rates of completed suicide," he said.

"So I think we are far more interested in lowering suicide than we are in thinking about thoughts of suicide."

The numbers for the attention deficit disorder medication methylphenidate rose by more than a third for children, and there was also a rise in the number of prescriptions for the opioids codeine and tramadol for children.

Researchers from Otago University and the Best Practice Advocacy Centre said the tramadol increase was particularly concerning, because of the risk of accidental overdoses.

Dr Medlicott said codeine and tramadol were reasonably powerful, and said it would be interesting to know what was causing the increased use.

"If this was for pain relief after surgery, well maybe that would be justified because treating pain is an important part of what we do," he said.

"I don't know if this is over-use or not, so you know, it would be interesting to drill down into this a little bit more."

Dr Medlicott said that was a win, and he hoped to see further reductions.

"People talk of a post-antibiotic age, they've only been with us for even less than 100 years, and with increasing resistance to antibiotics we could get to the stage where a lot of illnesses just aren't treatable," he said.

"We're already seeing that with some nasty diseases like tuberculosis, and one of the causes for this is over-prescription of antibiotics and we know that doctors do, it's unfortunate, I'm guilty of it myself, I'm sure."

Dr Medlicott said the message, that antibiotics should not be the first course of action, was getting through.