New Zealanders are consuming a large number of antibiotics that are of no benefit, new research has found. 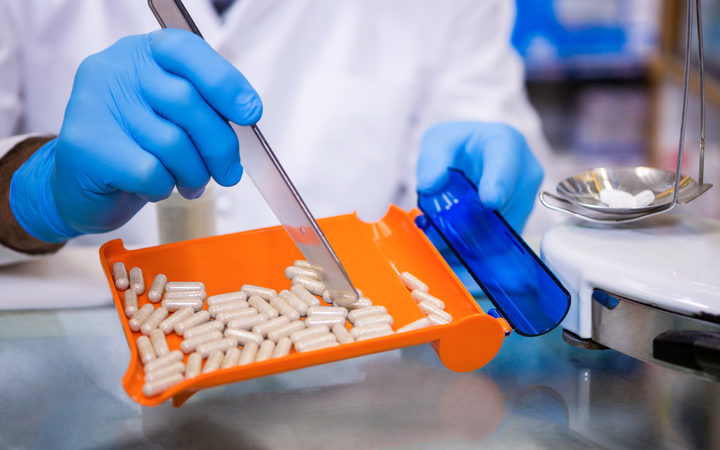 A University of Auckland study found the level of antibiotic use by people in New Zealand is very high. Photo: 123rf

The University of Auckland study found the level of antibiotic consumption by people in New Zealand is very high compared with many other countries.

The report's lead author, Mark Thomas, told Morning Report the amount of antibiotics used per head of population in New Zealand was about three times what it was in Norway or Denmark.

Part of the reason was doctors facing pressure from patients due to expectations, he said.

"It's expectation from people in the community that when they're unwell they need an antibiotic to help them get better and a belief that the antibiotic won't do them any harm," Dr Thomas said.

"Then it's the pressure on doctors to prescribe antibiotics to people who think that they would benefit from them.

"And the pressure can be for financial reasons, doctors sometimes can be concerned if they don't give an antibiotic prescription that the patient will be dissatisfied and move to another practice."

Over-use of antibiotics encouraged the spread of antibiotic-resistant bacteria, threatening the effectiveness of many antibiotic medicines, Dr Thomas said.

He said doctors should resist that pressure because over-use of antibiotics encouraged the spread of antibiotic-resistant germs, which threaten the effectiveness of antibiotic medicines.

"That's where the crucial point is, if the doctor doesn't write the prescription then the medicine is not dispensed."

Patients should also be aware of the harm of the over-use of antibiotics, he said.

"We need to have a conversation across the country and educate people that they shouldn't be using antibiotics for conditions where antibiotics won't make any difference, that antibiotic resistance is a gradually worsening environmental problem and that we need to change our use of antibiotics dramatically."