A second death at Mount Ruapehu's crater lake in 12 months has prompted calls for people to take extra care at the top of the mountain. 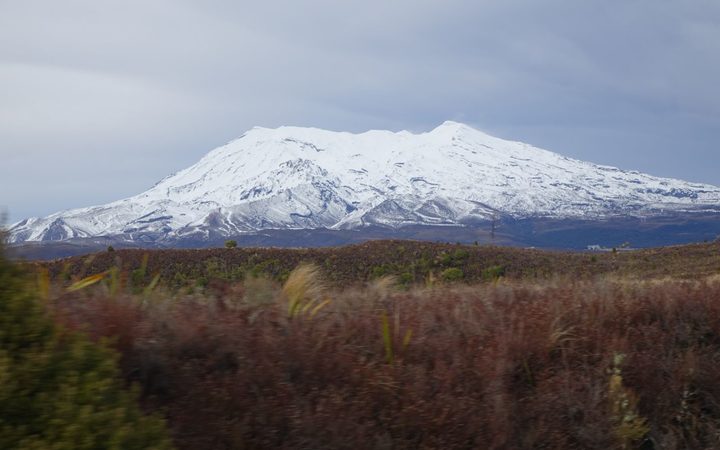 A man died yesterday after falling into the crater lake at Mount Ruapehu. Photo: RNZ

A man's body was pulled from the lake by members of the group he was with yesterday afternoon. The death is being referred to the coroner.

Another man also died at the lake one year ago.

Ruapehu District Mayor Don Cameron said the snow was becoming soft around this time of year, and people needed to be extra vigilant at high altitudes.

"I understand it's a skiier that's fallen in, but also apparently someone climbing also slipped on the ice and lost their ice axe," he said.

Mr Cameron said people venturing near the crater lake should take extra advice before heading up, or stick to well known trails.

The Department of Conservation said it will be reviewing the safety measures in place.

"There's not much more we can do, we can't place signs up there due to the physical limitations, plus it's within a very sacred area where we don't have signage and so our main tool is to go through media and have good information out there," Mr Guy said.

Local iwi have put a rāhui in place around the lake which prohibits the public from accessing the area above the boundaries of the ski areas at Whakapapa, Tūroa and Tukino until sunrise on Wednesday morning.

Police said the 35-year-old man was skiing downhill toward the Bonar Glacier when he fell and died.

Another person they were skiing with attempted first aid but the man died at the scene.

An investigation into his death is now underway.