A ski lift damaged in this morning's avalanche on the Turoa side of Mount Ruapehu could be out of action for months. 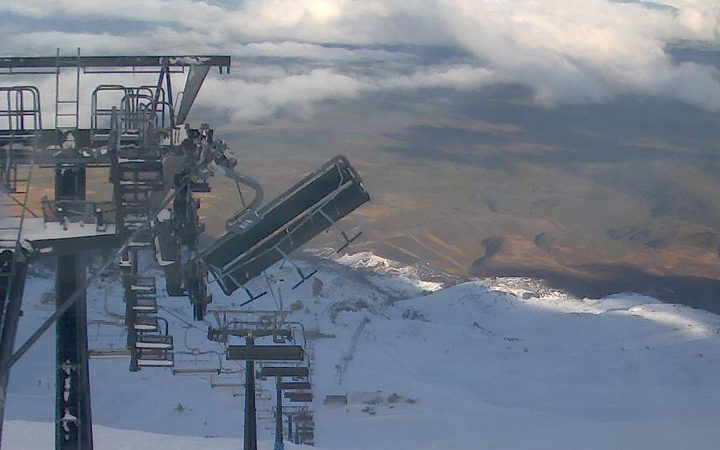 A Ruapehu chairlift after the avalanche Photo: SnowHQ

The avalanche was triggered about 8.30am by a routine control check by Ruapehu Alpine Lifts, which manages the ski-field.

Its chief executive Ross Copland said the avalanche struck the top of the High Noon Express chairlift - one of eight chairlifts at the ski field.

He said it would be inoperable for at least one week.

If the haul rope was found to be damaged however, a new rope might need to be imported from Europe which could take months.

No one was injured in the avalanche and all staff were accounted for.