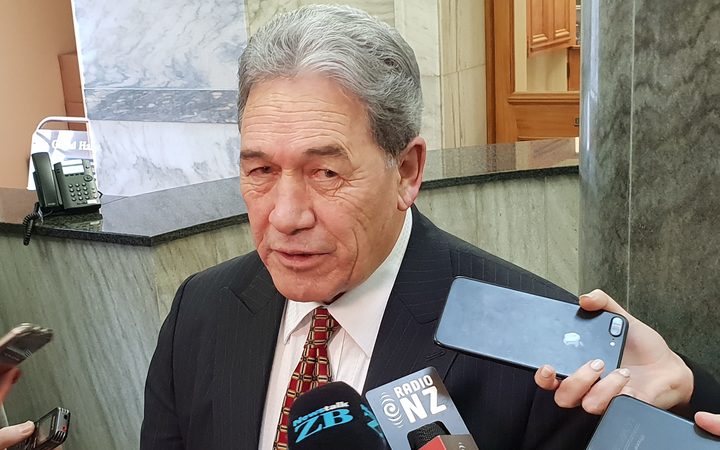 The Deputy Prime Minister also told Morning Report today electoral campaign responsibilities accounted for alapse of memory when he said last month all NZ First party members had signed a contract that would require them to pay a $300,000 fine if they were expelled or resigned from the caucus but stayed on in Parliament.

Mr Peters subsequently said last week the contract had not been signed by any of his party MPs, a denial Dr Smith said was a ploy to avoid a Privileges Committee hearing.

Dr Smith had raised a complaint with the Speaker Trevor Mallard, arguing that NZ First MPs should have declared a financial interest in the so-called waka-jumping bill as it would effectively remove the threat of the party penalty.

The legislation prevented MPs from switching parties or going independent if they were ejected from their caucus, which Mr Peters said today made the inserted constitutional penalty clause ''obsolete''.

Mr Mallard declined to refer the matter on to Parliament's Privileges Committee, because Mr Peters said his MPs had "not signed a contract that may impose a personal liability on them".

Mr Peters told RNZ the complaint had been "an enormous legal drivel and a mess" and that he found it a waste of time having to debunk it in detail.

"The reality is Mr Smith has made a baseless complaint to the Speaker and he's been turned over," Mr Peters said.

"He of all people is the last person to be making that sort of allegation, with respect, because... sure, he had just blatantly misled parliament."

Mr Peters was referring to Dr Smith's resignation from Cabinet in 2012, after revelations he intervened in his friend and National Party activist Bronwyn Pullar's ACC claim while he was ACC Minister.

In addition to the reference letter on ministerial letterhead for Ms Pullar, he had signed a second letter relating to her case in which he had not declared his conflict of interest.

Mr Peters also claimed electoral responsibilities were to blame for his memory lapse when he said party MPs had signed the 'good behaviour' clause.

"When you are in a campaign when you got everything else to do the completion of that type of documentation, which is an internal matter not an external matter, may not have been the biggest thing on everybody's mind."

He rejected the notion the constitutional clause had been ''draconian", arguing it was an appropriate way of stopping MPs from potentially destroying an election result and taking advantage of their party support base.

"We have an MMP system... Why should two, three or four people be able to upset that proportion and destroy the whole electoral result and possibly force the party and parliament to an early election," he said.

"Why should someone who has been put in there by the party on whom they committed themselves to be loyal to be able to behave in that way. We have seen 29 people do that.

"People said it cost us a packet to put people in parliament, we go out and do all the fund-raising and if they are going to behave like that, with no regard to the party that put them there, then our position has been you should resign from Parliament if you are in dispute with your party and if you are a constituency member let the constituency decide who is right or wrong."

Dr Smith said he was disappointed there would be no further inquiry into the matter.

"The disturbing issue is we're never going to know the truth," he said.

"This is a party that is at the centre of the current government - it rocks the very trust in the institutions of Parliament."