New Zealand First leader Winston Peters has admitted he was mistaken when he earlier said all his MPs had signed up to a good behaviour contract. 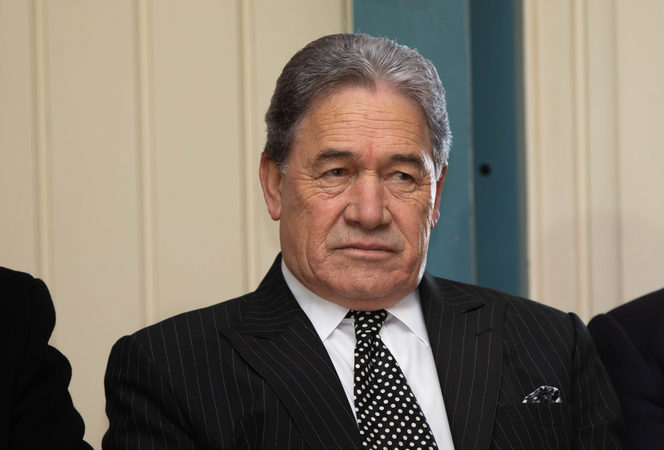 National MP Nick Smith had lodged a complaint over NZ First's constitution which requires its MPs to pay a fine of up to $300,000 if they are expelled or resign from the caucus, but stay on in Parliament.

Mr Peters last month said his MPs had all signed up, but he now says his memory was wrong.

"On a later examination, I found out that no one had," he told reporters.

"They signed a number of other documents, but not that one."

Asked whether that was a convenient excuse to escape Dr Smith's complaint, Mr Peters said it was "a fact".

He could not explain why his MPs had not signed up to the constitution.

But Mr Peters said the provision was now "a bit obsolete" due to the impending passage of the so-called waka-jumping bill.

That legislation prevents MPs from switching parties or striking out as an independent if they are ejected from their caucus.

Dr Smith had raised a complaint with the Speaker Trevor Mallard, arguing that NZ First MPs should have declared a financial interest in the waka-jumping bill as it would effectively remove the threat of a $300,000 penalty.

Mr Mallard declined to refer the matter on to Parliament's Privileges Committee, because Mr Peters said his MPs had "not signed a contract that may impose a personal liability on them".

"He would've known [he] was incorrect over a month ago. Why did he not correct the public record? Why was not there some sort of apology?

"I think this has been engineered to avoid a Privileges Committee hearing."

Dr Smith said he was disappointed there would be no further inquiry into the matter.

"The disturbing issue is we're never going to know the truth," he said.

"This is a party that is at the centre of the current government - it rocks the very trust in the institutions of Parliament."