Police say an officer involved in a five-car crash in central Dunedin, in which a woman was trapped, may have suffered a medical event. 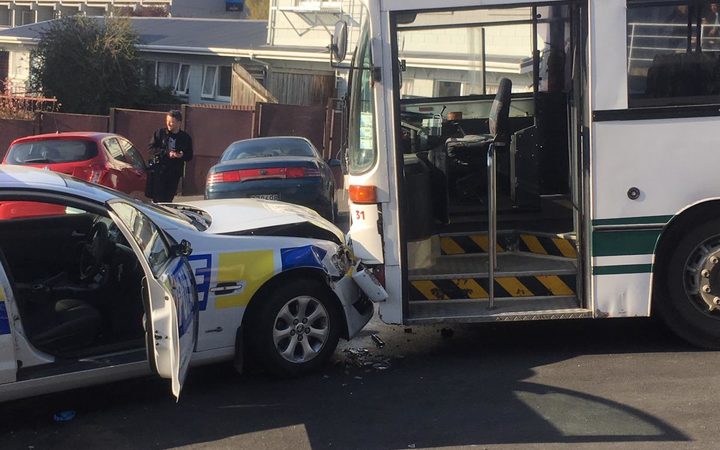 Five vehicles - a police car, bus, and three other cars - were involved in the crash at the intersection of York Pl and Smith St near a preschool and nursery just before 8.30am today.

Emergency services worked to free the woman after she became trapped by a vehicle. She had moderate to serious injuries and was taken to Dunedin Hospital.

Police said a baby in her care was also checked at the hospital, but was understood to have minor injuries.

The officer was also receiving treatment there.

In a statement late this morning, Inspector Matenga Gray, Otago Coastal Area Commander, said initial information suggested the officer possibly suffered a medical event before his car collided with the other vehicles.

A St John ambulance spokesperson earlier confirmed two people were taken to hospital - one with serious injuries, the other with moderate injuries. 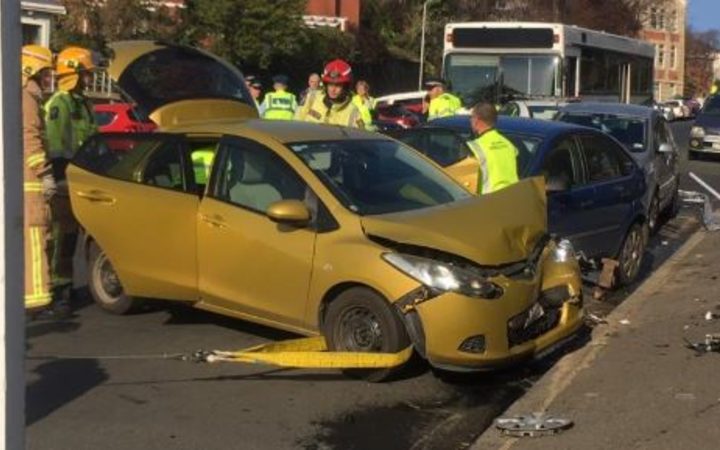 Witnesses told the Otago Daily Times the police car was travelling at speed up York Pl about 8.30am, without a siren or flashing lights, when it collided with a small Mazda Demio. The Mazda then collided with a parked Ford Focus, trapping the woman.

A witness, who only wanted to be known as Naomi, said the woman appeared to be headed into the York Place Preschool and Nursery.

The police car continued on, knocking over a lamp post before colliding with an Otago Road Services school bus.

"We thought it was the rubbish truck making all that racket.''

Insp Gray said police were investigating to determine the exact circumstances of what happened.