Not long after her four young children return home from school, Maria Latu gets ready to work the night shift where she makes Sistema plastic containers at the company's warehouse in South Auckland. 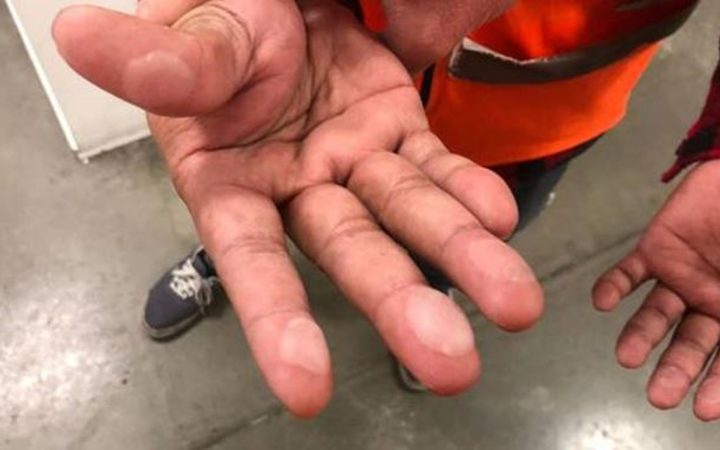 This image of a Sistema worker with blistered hands has been handed out at many distributing stores. Photo: Supplied

When she arrives home the following morning, her children are getting ready to leave for school.

Her employment contract for leading plastics manufacturer Sistema, requires full time production workers like herself to work 60 hours a week at the company's warehouse in Māngere - that doesn't include overtime.

Because of the long hours, she said she barely gets to see her children.

"Every day that they come home from school they always ask 'Mummy are you working?' and then when I say yes then you know you get the 'Awww' from them.

"It's heart-breaking but then I have to make them understand that I have to go to work."

Ms Latu is a team leader on the factory floor at Sistema. She gets paid $17 an hour for a role that often sees her in charge of more than 20 staff running eight machines. 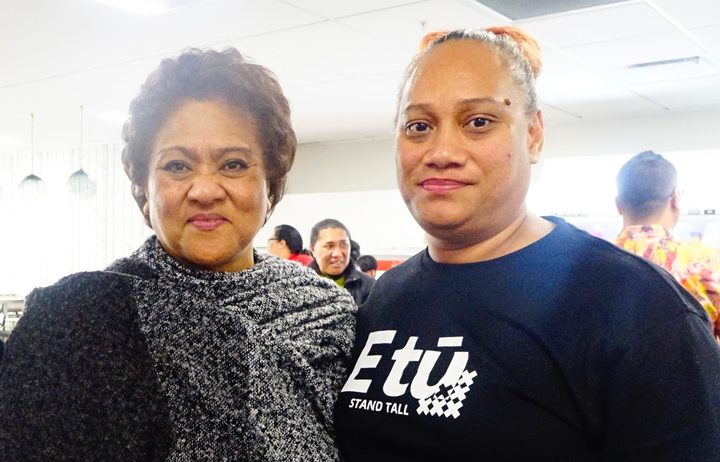 Many staff and their union have accused the company of exploiting vulnerable migrant workers and they're speaking out about their desperate need for better pay and working conditions.

Both Ms Latu and her co-worker Jennifer Talitiga Finau are frustrated over their current working conditions. 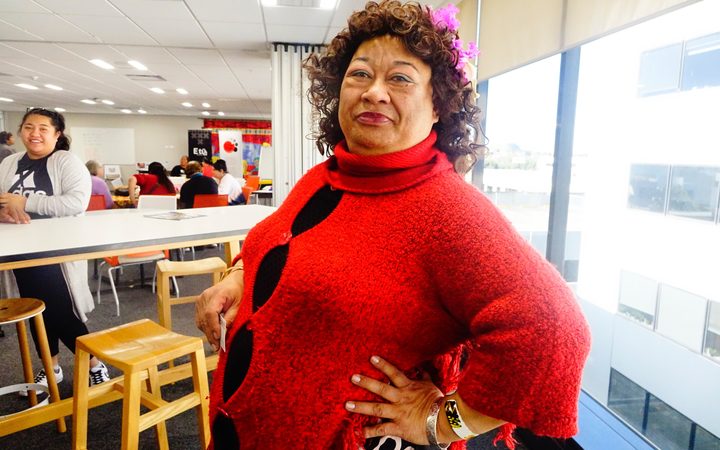 Ms Finau has worked full-time for Sistema for almost 14 years - and also receives $17 an hour.

"I think that for most of us it's [the] long hours. I really want to [have] less hours and more pay. Because we need to be with our family," Ms Finau said.

They were joined by about a 100 frustrated workers and supporters who attended a recent meeting about the stalled pay talks with Sistema.

The workers said after nine months of negotiations for better wages and an end to their 12 hour days, the company still haven't budged.

Ms Latu claims the company penalises workers who are part of the union.

"It's not fair because we do the same amount of work every night. We don't know why they're getting more than we are," she said.

Union organiser Sunny Sehgal said many workers are afraid to join the union and he believes the company takes advantage of migrant workers who won't push back.

"They're from Pacific Islands, they're from Philippines, Indian workers. They have preyed on these vulnerable migrant workers," he said.

"Some of them they don't even know their rights, you know." 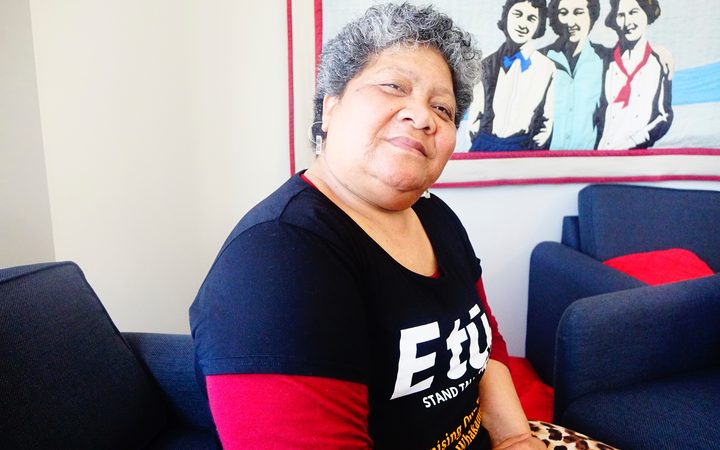 "I think Sistema's doing that because they find it's cheaper to get the migrant workers and because they are too scared to speak up or to say anything or to rock the boat," Ms Haulangi said.

"So they just go with whatever Sistema tells them."

Ms Haulangi said the legal minimum in working conditions provided by Sistema wasn't enough for the work their employees do.

"Can you imagine, those workers are working 12 hours a day, 60 hours a week. They need more than just five sick leave days [a year]," she said.

"No night shift allowance. The meal allowance has been there at $10 for about 20 years now. So we say it needs to change."

Mr Sehgal agreed and added that health and safety conditions for the workers continues to be a major concern.

"When you work 60 hours a week, there is a highly likely chance of you getting injured at work as well, or getting some repetitive injuries," Mr Sehgal said.

"There are many people who are on ACC or who were on ACC. So ACC is a common problem there."

An image of the blistered hands of a Sistema factory worker has been handed out over the last couple of months around many of Sistema's distributing stores.

The sale of its plastic containers in places like supermarkets and department stores all over the country has led to the products becoming a staple household item in many New Zealand homes.

But the leaflet, which the confronting image is plastered on, is calling for customers to boycott the leading manufacturer's products.

"Got my blood boiling and I'm holding a photo of blistered fingers because this is how hard our workers are having to work but not being treated as human," Ms Davidson said.

She's among several politicians and community leaders who signed a petition to support the workers at the union's recent community meeting.

Ms Davidson said Sistema is stealing from their workers by not paying them what they deserve and she supports the union's call for people to boycott their products.

"I think that we need to say to Sistema 'We're going to stop buying your products unless you treat your workers with some respect. Pay them what they deserve." 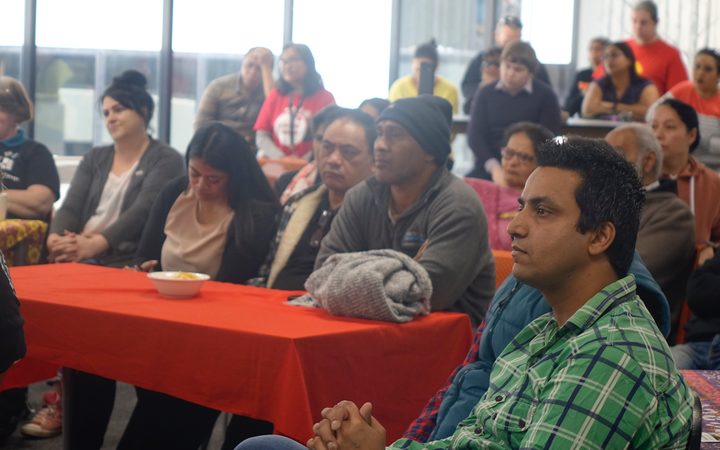 The company has seen remarkable success since its founder Brendan Lindsey began making his first product line from his garage more than 30 years ago. Now, according to its website, Sistema products are exported to 82 countries around the world.

Mr Lindsey sold Sistema to US company Newell Brands for $660 million in 2016 and while Sistema counts its customers in the millions, Ms Finau said its workers are struggling to meet their basic needs.

"That's millions and millions of dollars. But what about workers? What about us?"

In a statement to RNZ, Sistema's CEO Drew Muirhead said the interests of their employees has always been the company's highest priority and claims made by the union about migrant workers were inaccurate and false.

Mr Muirhead said the company would continue to negotiate with the union to ensure that their 700 employees remained firmly employed in New Zealand.