Nurses are warning changes to Plunket services in Auckland will cut clinics or clinic time for many babies. 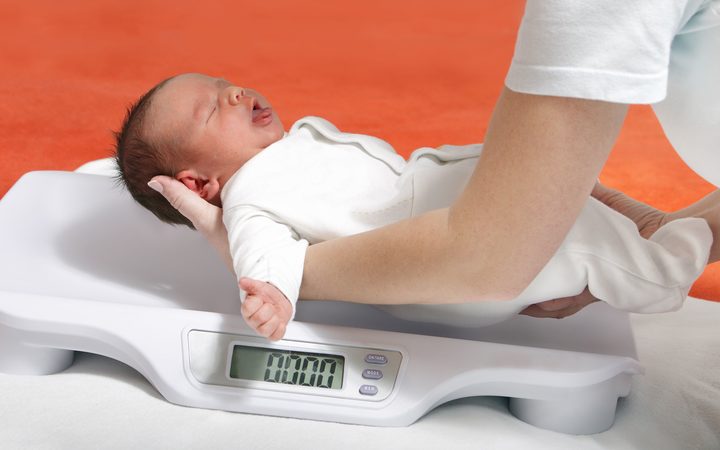 In an internal Plunket document obtained by RNZ, the child welfare group said there could be fewer home visits and parents might have to travel further to clinics if they had the resources to.

Families "may have more clinic appointments vs home visit", the document said, in an appendix titled Equity Planning Team Resource.

Under risks, the document listed "potential for clients to 'fall through the gaps'" and "community impact - what if it is made public?"

The Nurses Organisation union said nurses had been told "they will run 10-minute appointments only. This is not enough time, even for an appointment where a baby is only weighed".

Plunket said in a statement to RNZ that none of its services were changing.

RNZ asked Plunket to explain the apparent contradictions between its internal and public statements, but it did not, and has not made its chief executive available for interview.

The nurses' union fears the changes could be part of Plunket moving to curtail its universal services, which see it offer care to nine out of 10 babies born in New Zealand, in response to a staffing crisis.

A Nurses' Organisation submission to the proposed changes said: "Plunket management should solve the short staffing and staff retention problems before introducing changes that will not alleviate these problems."

Its members had been told families in affluent areas would be deemed "low needs".

This was a contradiction, the union said: "A service that is only offered to some people is no longer a universal service."

Plunket's internal document said the aim was increased staffing, visits and support in high-needs areas, and having an "equitable" spread of supervisors and front-line nurses, it said.

Plunket's 300 nurses in Auckland were already overworked, the union said.

"An overwhelming majority of members consulted oppose the planned changes and had grave concerns about associated matters," the Nurses' Organisation submission said.

"Members report that at verbal briefings, they have been told that Plunket will be cancelling home visits and full clinic visits for some clients and replacing these with 'speed clinics' or 'drop-in clinics' where those clients can arrive without appointment to have their babies weighed only," its submission said.

"Nurses have allegedly been told not to follow up clients who are offered a drop-in clinic service but don't arrive."

Current clinic appointments lasted 45 minutes; it was not clear which parts were meant to be left out, it said.

"Plunket is not introducing speed clinics to replace our usual services. We have been piloting some open clinics in West Auckland, which enable customers to drop in if they wish and have any top of mind matters addressed at a time that suits them - so whether customers receive a check at home or at a clinic depends entirely upon them."

However, its internal document identified an interruption of continuity of care for babies as a risk.

The agency was trying to put a "bandaid" on the staffing crisis to the detriment of baby healthcare, she said.

A five-day consultation period on the proposal ended recently; it is unclear if this extended to all staff or just managers.

The union was waiting to hear back from Plunket. The details of the proposal provided in the consultation were inadequate, Ms Davies said.

Plunket's annual report last year shows just over a third of its 570,000 contacts with families were in the three highest deprivation areas. It had 51,000 new babies referred to it, which was nine out of 10 babies born nationwide.

Earlier this year, Plunket cut a dozen or so mostly management and administration jobs in the central region around Wellington.

It has also been moving to centralise its management, triggering concern among local area organisations that they would be nobbled.

Plunket has said its multi-million-dollar deficit is mostly due to the costs of rolling out an electronic health recording system nationwide. It gets three-quarters of its funding from the government.

The Nurses' Organisation is also concerned whether the agency is using enough casual nurses to pick up a patient load, and that some Saturday clinics in Auckland appear set to shut.