US whistleblower Chelsea Manning told an audience in Wellington last night that after her release from prison in May 2017 she was struck with a realisation there was much more work to do. 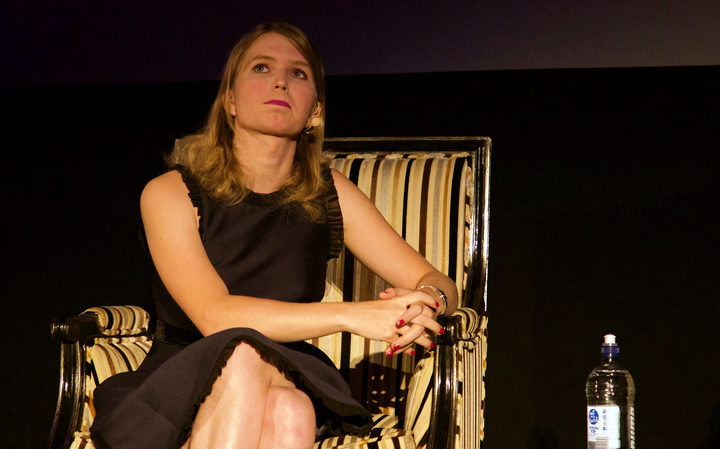 The former US Army intelligence officer made her comments in front of about 650 people at the Embassy Theatre in Wellington last night, following an event on Saturday evening in Auckland.

Ms Manning faced a court-martial and was convicted on criminal charges in July 2013, including breaching the Espionage Act, after releasing 750,000 classified documents to whistleblower website Wikileaks.

She was sentenced to 35 years in prison but had her sentence commuted to seven years by then US president Barack Obama, dating from her arrest on May 2010.

When host Georgina Beyer suggested the commuting of her sentence had given her a life back, Ms Manning wasn't so convinced.

The 30-year-old said when she emerged from prison in the era of Donald Trump, it was obvious there was more work to do.

"I've got to fight again, I've got to do stuff again and I'm still fighting a lot of the same battles I was fighting three years ago," she said, "This isn't the happily-ever-after kind of thing."

Ms Manning touched on her personal background and described how she ended up enlisting in the US army. Before joining up she had been homeless, after being kicked out of her father's home as a teenager.

It was during her time in the military serving in Iraq and Afghanistan that she said she began to see the human cost of war.

Choked up with emotion, she stuttered as she described how her view of her role in the war changed.

"I just started to slowly realise, I'm not working with statistics, these are people's lives."

"I processed everything that was happening overtime and when that happened I couldn't separate my job from the reality. I couldn't do that anymore." 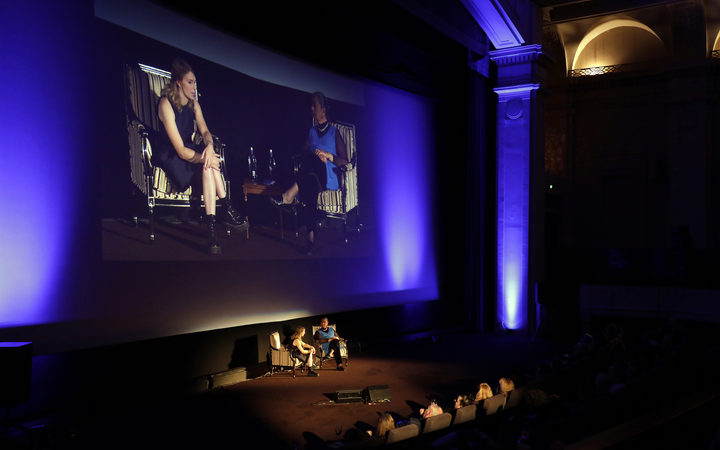 The whistleblower said she eventually became desperate to do something. That something was the release of 750,000 classified documents to Julian Assange's Wikileaks in 2010, while Ms Manning worked at the Pentagon. It was one of the biggest leaks of military documents in US history.

Ms Manning gave few details surrounding her arrest. Her reluctance to talk about some of the details around the leak and her arrest frustrated audience goers at Auckland's Q Theatre on Saturday night.

But Ms Manning's promoter Mikee Tucker said that she risked being put back in prison if she spoke about certain aspects of the case.

However, Ms Manning did go into detail about her time in military solitary confinement. She feared she had been "disappeared".

"I had no sense of time, there was always lights outside, it was either daylight or they would have the lights on all the time from the generators".

The controversial figure has generated much debate in New Zealand about whether she should have been given a visa to enter the country and she addressed the topic of free speech.

She argued for free speech "with limitations".

"The problem I see is whenever people try to say that racial bigotry or hatred, or propaganda that has those aims, is free speech.

"But the problem is that, it's not a question of whether or not you're listening to both sides whenever you're really dealing with the idea that we can debate genocide and we can debate ethnic cleansing - and we can't do that."