The government plans to build 10,000 new homes in Mt Roskill over the next 15 years, by demolishing 3000 existing state homes, and subdividing the sections. 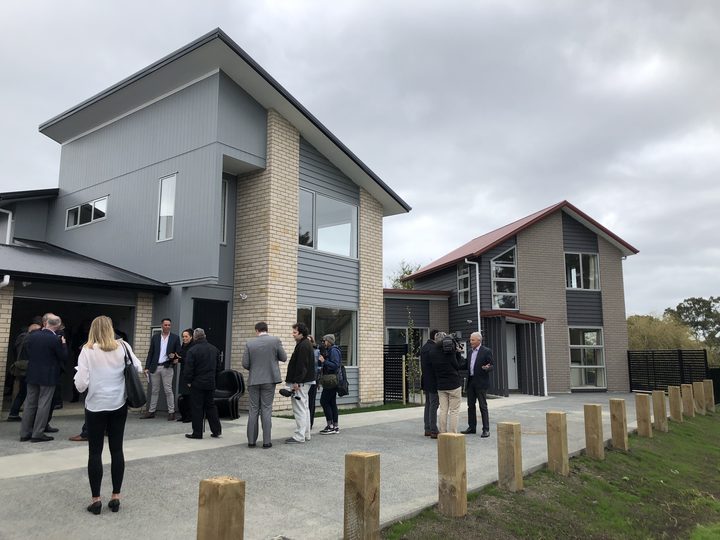 The Housing Minister unveiled the Mt Roskill Development at the site of a newly built state house in the suburb. Photo: RNZ / Zac Fleming

Housing Minister Phil Twyford announced the development this afternoon, saying it was a step towards the country "building its way out of the housing crisis".

The total cost will be about $4 billion, but Mr Twyford said the net cost to the government would be minimal.

"They are basically funded through the redevelopment of the land, we are taking advantage of Housing New Zealand's balance sheet to do some of this work, but we're not expecting to have to inject any additional finance from the government."

Mr Twyford said the first stage of the development would see 80 new homes built and ready to move into next year.

The full project is planned to take 10 to 15 years and will be centred on the Roskill South and Owairaka suburbs.

"The 2400 KiwiBuild homes and thousands of affordable market homes being built will give many in the community a real shot at owning their own home," Mr Twyford said.

"With access to rapid transport and new warm, dry homes for families, the redevelopment is a fantastic outcome for the Roskill community".

Auckland's Mayor, and former Mt Roskill MP, Phil Goff said he was delighted the development will link up with light rail planned up Dominion Road.

"So it's going to have the infrastructure to support it and at the same time council and the local board is developing an adjacent reserve so we're going to make better use of some of the public open space, I think it's going to transform Mt Roskill."

The first 80 state homes are expected to ready mid next year.

A date is yet to be set for the completion of the first KiwiBuild and open market homes.