A crew of 34 firefighters have touched down in New Zealand after spending almost six weeks battling wildfires in California. 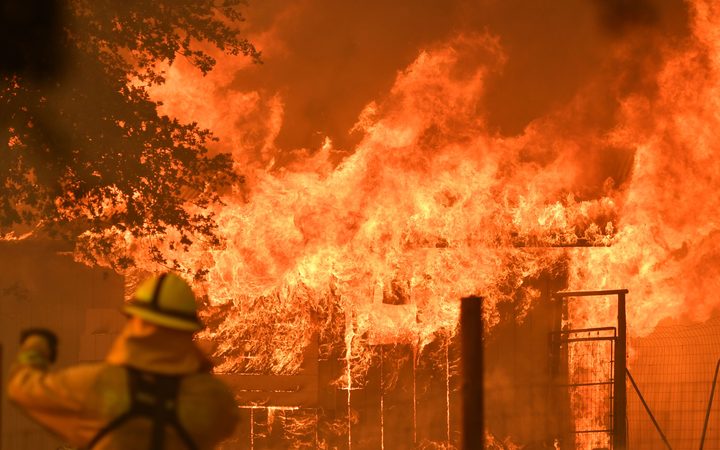 A firefighter watches as a building burns during the Mendocino Complex fire in Lakeport, California Photo: AFP

The crew was deployed early last month, in an effort to bring the deadly Carr and Mendocino Complex fires under control, as they ripped through the region.

The Carr fire has gone on to ravage 1000 homes and has killed at least seven people, while the Mendocino has been declared the largest in state history, having burnt through almost 300,000 acres of land.

Crews on the ground would work 14 day stints and then have two days of rest, which was made harder by the 40 degree heat.

An extremely low humidity level meant each firefighter had to drink 20 bottles of water a day or risk de-hydration, said Mr Henwood.

"It's like when you ever go on holiday to Fiji and you're first off out of the plane, and it's super hot, and you get that hot air right in your face...well that's what it's like every single day," he said.

"It's very mountainous country that we were working in and so the effort to do anything...you'd be soon drenched in sweat."

Mr Henwood said many of the New Zealand fighters were asked to lead and manage American crews on the ground. 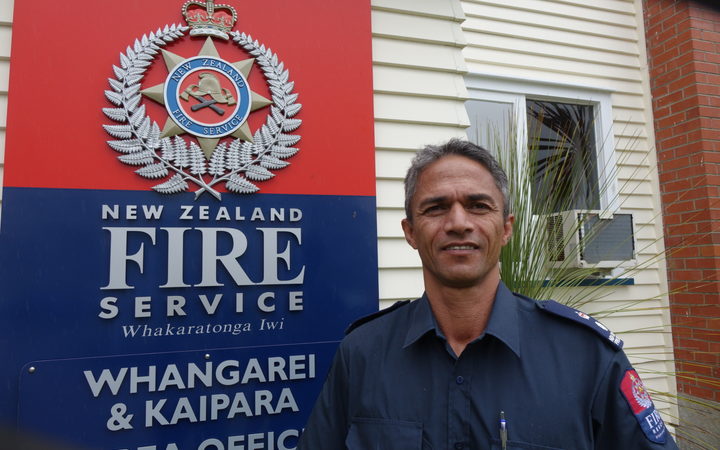 "They had a lot of ground troops- they just didn't have many people to manage them, so our people were in charge of crews," he said.

"We had a lot of task force leaders and further up the management chain we had divisional supervisors, safety officers, helicopter managers, and the like."

despite their efforts, Mr Henwood said they did not make much of a dent in the Carr and Mendocino fires.

"They were the largest fires, and as soon as you bought those fires under control, they could re-deploy those firefighters to other areas within the larger area....up to Oregon, Washington and then down to Southern California."

Once those fighters had gone, other fires started popping up, said Mr Henwood

He said that while the New Zealanders were packing up to come home, a fire had started up in between two other blazes the crews had just managed to bring under control.

Mr Henwood said that despite the challenges, it was a privilege to have been able to help.

"We just want to thank our families for allowing us to go," he said.

"You can't underestimate the value of our people getting the opportunity to go over there and practice those skills on these large incidents and bring those skills home for us in the future."