It shows that senior hospital managers reported that a series of health conferences made a $250,000 profit, when in fact they made a million-dollar loss.

They also left millions of dollars of costs out of a construction project's records so that it escaped having to get outside approval.

The Beattie Varley review commissioned by the Ministry of Health provides no firm answers as to why these things happened.

It records a senior manager told investigators that chief executive Geraint Martin got upset if this financial reporting was questioned.

"There was pressure to paint a good picture...If anyone questioned their performance [he] would say 'get back on the bus'."

Yet the review also concluded that no further inquiry was needed.

Director-General of Health Ashley Bloomfield said in a statement the DHB engaged in actions that could be perceived "to be deliberate construction of financial arrangements to avoid external scrutiny" and this was what troubled him most.

"This behaviour does not meet the ethical standard that the public would expect of us and I do not consider it acceptable."

However, Dr Bloomfield said no "wrongdoing" had been identified, and there would be no sanctions because the DHB had appointed a new board and new top managers since the matters investigated, which ran from 2013-16.

The ministry also made no mention of there being any further inquiry, though this review was just the first phase of what was initially planned as a three-part investigation.

Dr Bloomfield said today there was no point in continuing to probe into the mistakes.

"I think there's enough information from this review to send a really clear message to chairs and chief executives, and that's what I've done, about not just meeting accounting standards but being really clear about expectations on the public sector."

The forensic review was sparked when the 2016-elected health board found out last year a lecture theatre, Ko Awatea Two, was approved and paid for by selling medical equipment for $10m, then leasing it back.

It also looked at funding around a conference series, called ACAP, run by the Ko Awatea centre.

The Ko Awatea Centre (buildings One and Two) took millions in funding and vital space at Middlemore Hospital when it needs more wards and operating theatres.

The auditors did not interview key people. They had agreed with the ministry to talk only to DHB staff. 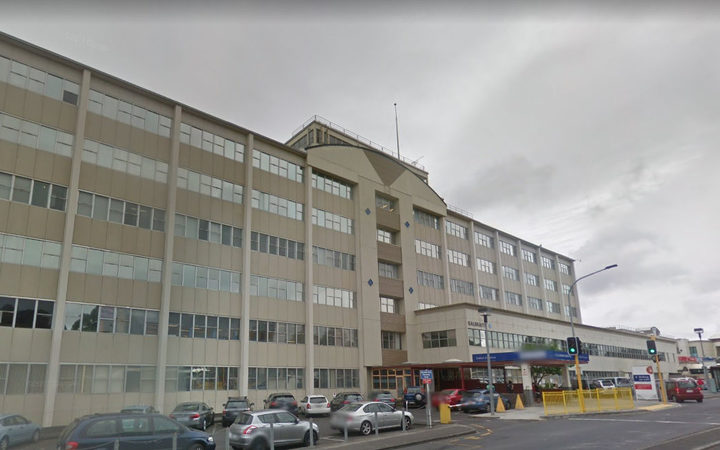 On the ACAP conferences, the report said: "We have not established the reason why certain costs would be excluded from the spreadsheet and instead left in other Ko Awatea cost centres."

"It was either done because these costs were more appropriate to other Ko Awatea cost centres or done to manipulate results," the review said.

"We have not spoken with the general manager or commercial lead who instructed the finance manager to exclude certain costs … an interview of them would likely establish why they decided to exclude costs."

A member of the executive leadership team (ELT) told reviewers the issue was raised with Geraint Martin that the APAC financial report "must contain some false accounting in respect of the number of staff attending and the income and expenses".

"If we had been all of the concerns would have been answered," he said in text messages to RNZ. He declined an interview.

The forensic review also showed the health board knew that the true construction of Ko Awatea Two would be up to $8.5m above a $10m spending cap, and that items like the building's piles were being costed at nil to bring it in under the cap to negate the need for approvals.

The reviewers said it was "yet to be determined" if there was a valid reason for omitting the costs.

RNZ has reported extensively about Ko Awatea Two, and that the DHB and Ministry of Health both rejected any need for an investigation into Ko Awatea One's approval process.

All four members of the steering team behind Ko Awatea Two resigned last year within weeks of each other, including deputy chief executive Ron Pearson, who the review said instructed what items to leave out of the construction costings.

The reviewers quoted the executive leadership team member saying that "both Ko Awatea and APAC were 'very close to Mr Martin's heart'."

Mr Martin left the DHB in 2017 and is now chief executive at Te Papa.

He said it was in the interests of the health board and the people of South Auckland to move on.

"Now that both this investigation and the review undertaken by the State Services Commission have been completed and neither has found any evidence of wrongdoing I hope that the issues can be put behind us."