Ticket holders who showed up to Nigel Farage's speaking event in Auckland last night were met with a crowd of screaming protesters. 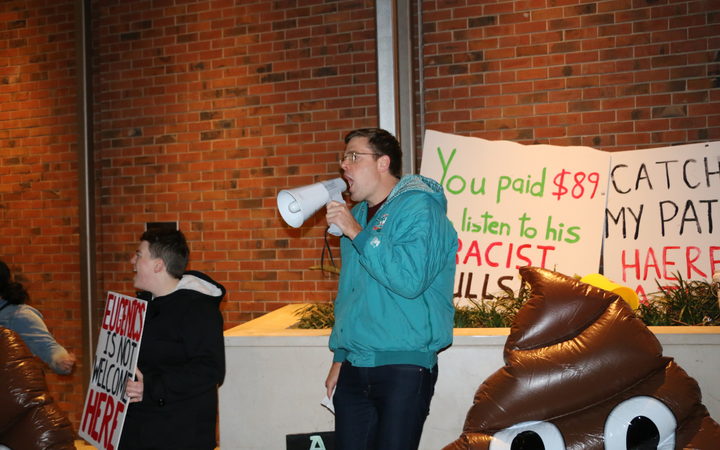 The former Ukip leader spoke at Auckland's Pullman Hotel as part of his week-long speaking tour of Australia and New Zealand.

The British politician, well-known for his immigration conservatism, has been credited with kick-starting Brexit.

Protesters camped outside the hotel entrance last night and screamed "shame" and "traitor" at those who entered.

"When people like Nigel Farage come here, and they want to tell us who gets to have rights here and who gets to be included, I just want to remind him, and I might have to use a dirty old C word, that we've already suffered under the kind of vile rhetoric that politicians like him espouse. That word is colonisation." 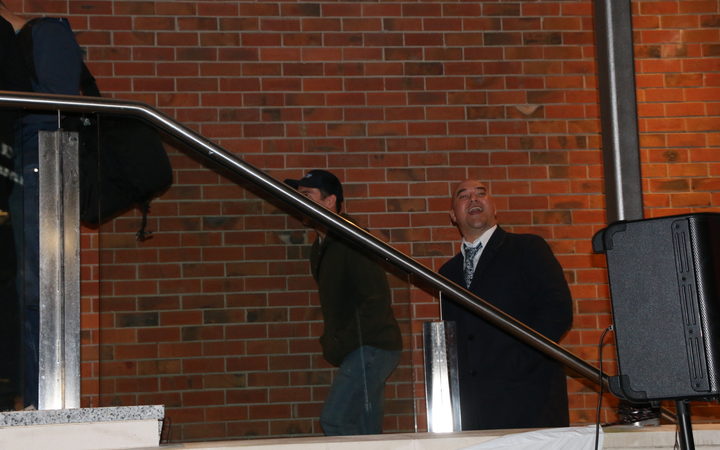 Many ticket holders laughed and clapped as they walked through the protest.

A handful pulled the finger or yelled profanities and one woman furiously waved English flag at the crowd.

Joe Goodin from New Plymouth was the only ticket holder who stopped to speak with the protesters, interrupting Golriz Ghahraman's speech at one point.

"I don't care what religion you're from, what planet you're from or what race you're from. It doesn't matter a damn. My concern is around population as a whole. That's what these people [the protestors] don't want to talk about.

"One of the things, as I understand, Nigel Farage is talking about is population control and he's talking about sovereignty. He's saying that England's identity is disappearing because of multiculturalism."

Azad Khan, from the South Auckland Muslim Association, said he was protesting for an inclusive society.

"When you talk about Nigel Farage his rhetoric is based on homophobia, islamophobia, xenophobia and anti-migrant policies. We don't need that type of rhetoric here." 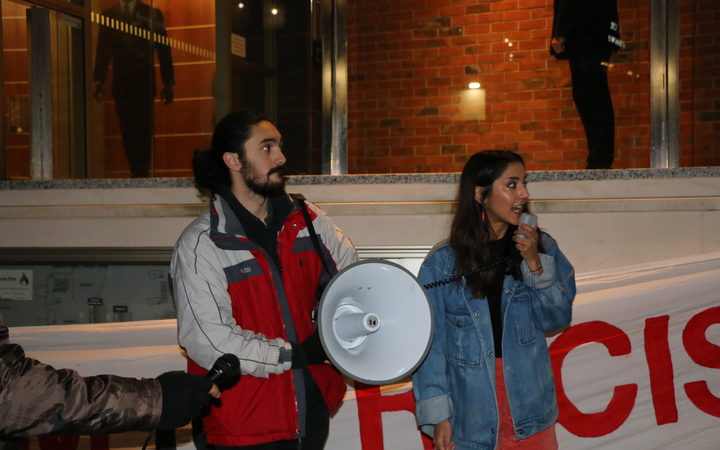 Ms Ghahraman thanked those who turned up to protest, organised by Tāmaki Anti-Fascist Action.